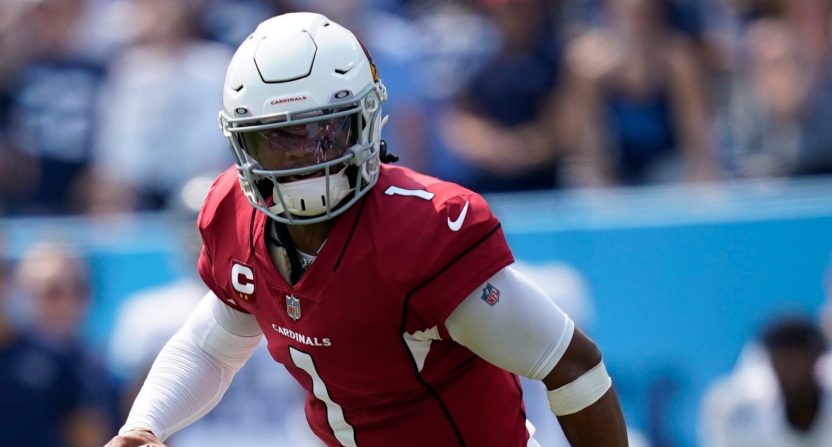 The first week of the first-ever 18-week season in NFL history is complete, and the majority of the 16 games on the Week 1 schedule resulted in upsets. That means several teams have to be added to the Super Bowl conversation, at least for now.

These squads aren’t guaranteed to contend, but they deserve to be viewed as contenders until they come back to earth.

That’s right. Did I stutter? That Cincinnati freakin’ Bengals are legit for now. They took down a quality Minnesota Vikings squad in Week 1, and they’ve now won, tied, or been within a single score in eight of the 10 games Joe Burrow has started and finished, with the only exceptions coming in tough road matchups with the Baltimore Ravens and Pittsburgh Steelers last year.

Burrow has superstar potential, a kick-ass receiving corps, and an underrated defense. If he can stay healthy, they’ll hang around in the AFC playoff picture.

We needed to see this new-look Bolts team in action and be sure Justin Herbert’s offensive rookie of the year campaign wasn’t a fluke. In Week 1, he and his team delivered with an impressive road victory over the Washington Football Team despite coming off a change-filled offseason. That revamped line will only get more comfortable with each other, as will Herbert with new offensive coordinator Joe Lombardi.

L.A. might not be able to take down the Kansas City Chiefs in the AFC West standings, but a wild-card spot should be expected.

Is Teddy Bridgewater finally taking off? He certainly has the support in Denver, especially from a top-notch defense that shut down the New York Giants on the road in Week 1. It won’t always be that easy, especially with Jerry Jeudy injured. But this is an extremely strong and underrated roster.

If Bridgewater can consistently put together performances within reaching distance of his awesome Week 1 effort, Denver will have a shot.

The entire AFC West looks ready to bring it after the Raiders shocked the Ravens on Monday night. Derek Carr looks poised, the defense is improved, and the Raiders look as though they’re finally comfortable in their new digs. Don’t be surprised if these guys post their first winning record since 2016.

The Cards were supposed to break out last season and that never came to fruition. A year later, they’re even more talented and better prepared to take the league by storm. And on the road against a strong Tennessee Titans team in Week 1, they delivered with a dominant performance. Chandler Jones is back and crushing it for an extremely effective defense and Kyler Murray and Kliff Kingsbury are set to explode in their third year together.

TUA TO WADDLE FOR SIX!

Miami looked ready to contend last season, but rookie quarterback Tua Tagovailoa needed some time and they were coming together after a lot of big changes in a limited offseason. Now, though, Brian Flores’ well-prepared team put it all together in a Week 1 road upset of the vaunted and much-improved New England Patriots. They’ll be there all year.