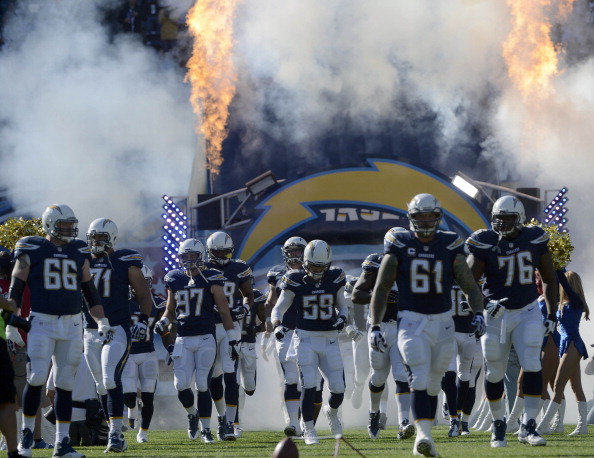 Nearly a year ago in January of 2016, the St. Louis Rams announced they would be relocating to Los Angeles. A year later, the San Diego Chargers are right on their tails and could join them shortly in the country’s second biggest TV market.

Anyway, the second team that could be joining the Rams is in fact the Chargers. Nothing is official, but it’s pretty darn close to official San Diego will lose its NFL franchise after stadium funding didn’t pass on the November ballot.

I've never been more pessimistic about Chargers staying in SD. Based on all I'm hearing I'd be SHOCKED if team isn't in LA next year.

Barring unanticipated miracle, I expect Chargers and Raiders to announce in January their plans to relocate – Chargers to LA, Raiders to LV.

As for Chargers, they're out of ideas for getting a stadium in SD. Basically it's now on city/county to come up w/ Hail Mary before Jan. 15.

All of these things said, we know the league makes up the rules as it goes along. So there's always that for SD and Oakland.

Jim Trotter covers the NFL for ESPN (and previously did for Sports Illustrated), so his sources are surely legit on this issue. Just hours after tweeting all of this out, the San Diego Chargers felt the need to make a statement.

That’s just about as credible as all the statements Tom Herman made a week ago about being committed to Houston.

But back to the Chargers. As Trotter put it, barring a miracle, the Chargers will move to Los Angeles in 2017. The NFL owners will convene in January at the same owners meeting that voted for the Rams to move to LA nearly a year ago. When the Rams were granted their move in January of 2016, the Chargers were given one year to decide what they wanted to do.

Well, the deadline for San Diego to decide is fast approaching: January 15th, 2017.

Dean Spanos is the chairman of the Chargers and he has until that deadline to let the league know if he wants to move.

The November ballot measure that would’ve given them funding to stay in San Diego was Measure C and it only received 43% of the vote. The plan was for the team to build a $1.8 billion complex. To do that, San Diego would’ve raised hotel taxes from 12.5% to 16.5% in order to secure $1.15 billion in bonds to pay for the stadium.

The 43% vote fell way short of the two-third majority it needed to pass.

If the Chargers move a couple hours North, one question that would come up is where would they play? Well, there is an answer to that.

The West Coast version of MetLife Stadium! That’s right, if the Chargers move to LA, they will follow through on their tenant-lease agreement they have with Rams’ owner Stan Kroenke to share the new stadium in Los Angeles. If they do that, it would mean the Rams wouldn’t have to borrow money to help build the $2.6 billion super football complex.

From there, according to ESPN, the teams would share revenue from naming rights, suites, sponsors, and advertising.

The one thing Spanos and the Chargers would have to pay for all by themselves is a hefty $650 million relocation feed paid over 10 years. Oh and they would have to buy land and build a practice facility, but that’s to be expected.

So that’s what is going on with the Chargers. How about the Raiders to Las Vegas? Trotter had some interesting thoughts about that issue.

These potential team relocations are fascinating. Sounding like there's going to be a battle royal among owners over Raiders to LV.

Keep hearing some old-guard owners – not to mention the Commish – do not want the Raiders in Vegas. Davis has remained committed to LV, tho.

The possibility of the Raiders going from Oakland to Las Vegas was talked about during a committee meeting in New York last month. Mark Davis, the Raiders’ owner, told the NFL he plans on filing for a relocation to Las Vegas at the owners meeting in January.

Before official announcements are made in January, both relocation possibilities will be discussed during the NFL owners meeting in Dallas this month.