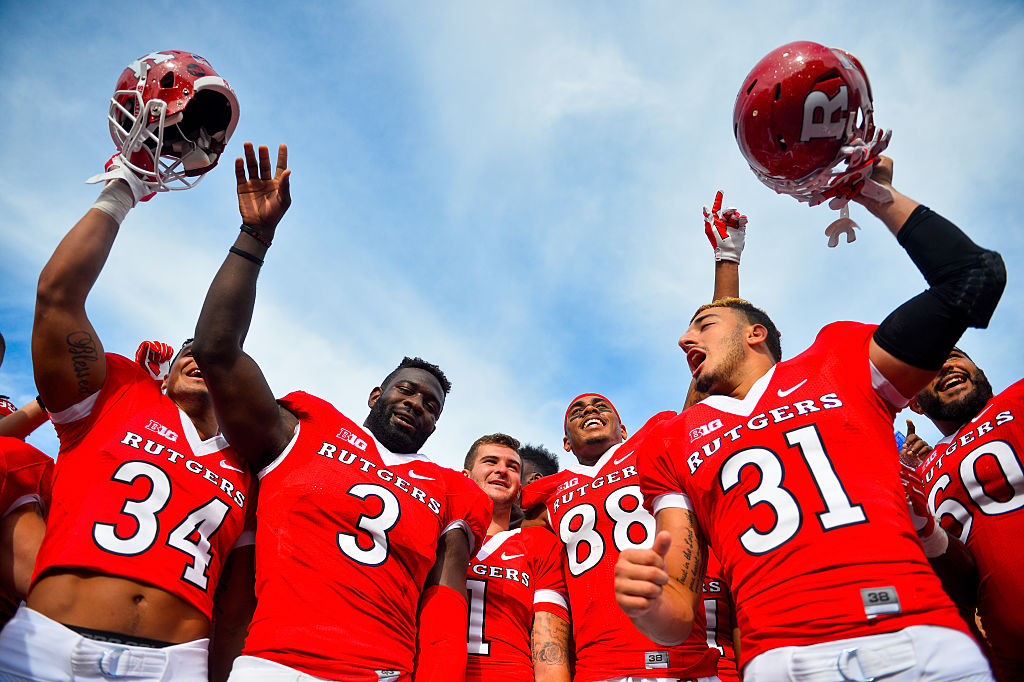 Rutgers may be a bit of a running joke in the Big Ten since they joined the conference, and for good reasons, but the Scarlet Knights have some bragging rights in this year’s Super Bowl matchup even against the likes of Alabama, Ohio State, Michigan, Notre Dame, LSU and this year’s reigning national champions, Clemson.

Rutgers has more players on Super Bowl rosters of the New England Patriots and Atlanta Falcons than any other college football program.

The New England Patriots bring former Scarlet Knights Devin McCourty, Logan Ryan and Duron Harmon to the field. Each picked off a pass in the divisional round victory over the Houston Texans, which led Patriots head coach Bill Belichick to drop some love for Rutgers in his postgame comments, something he has been known to do at times. The Patriots have a fourth Scarlet Knight on the roster with linebacker Jonathan Freeny, although he is injured. The Atlanta Falcons have wide receiver Mohamed Sanu, who fits in quite nicely in the Falcons offense with Matt Ryan (Boston College) and Julio Jones (Alabama).

And here’s one for you. Sanu may have to be going up against Logan for much of the Super Bowl, and the two of them were once freshman roommates in college at Rutgers.

For Rutgers head coach Chris Ash, this is recruiting gold that should absolutely be used at every opportunity as he looks to build the football program to his liking.

“I think it shows that you don’t necessarily have to chase a logo to make it in the NFL,” Ash told NJ Advance Media. “I’m very excited for those players and proud of the way they represent Rutgers.”

It is important to take note that Ash had nothing to do with any of the former Rutgers players currently playing in the Super Bowl, but he does have experience coaching players that played in the Super Bowl. The former Ohio State defensive coordinator must have been proud to see the Buckeyes lead the Super Bowl rosters in last year’s Super Bowl with five former Buckeyes. It is also important for Ash to keep in touch with these Rutgers NFL players, as good relations with NFL players helps build relationships and opportunities for Rutgers players and serves as a solid recruiting pitch for recruits.

Ash should also be taking any compliments from Belichick and printing them on flyers to send home with recruits at every opportunity as well. You don’t let praise from a football mastermind go to waste, especially when there hasn’t been much else to get excited about recently with Rutgers football.