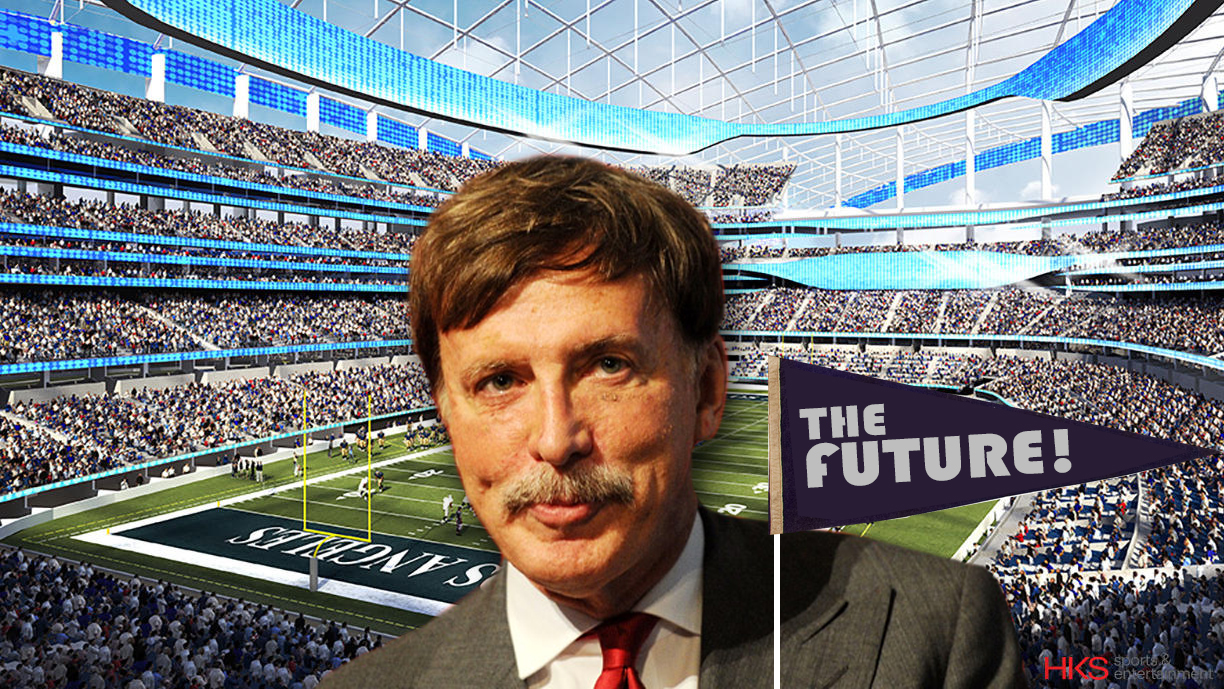 Rams owner Stan Kroenke wants the San Diego Chargers to join his team in Los Angeles. Why? Because he doesn’t want the Raiders in town, Bleacher Report’s Jason Cole reports.

Citing “multiple NFL sources,” Cole says (video at the end of the article) negotiations between the Rams and Chargers have gone smoothly and a deal  could be done within two weeks.

One of the big reasons, an underlying reason for the Rams wanting to have the Chargers in Los Angeles with them is that the Rams don’t really want to have the Raiders there. They view the Raiders as part of a marketing challenge because of the Raiders’ history there and specifically because they’re building such an elaborate complex in the Inglewood area that’s going to feature shopping. The Rams frankly don’t want to have a lot of Raider fans in that area. That’s what’s working against the Raiders working against Los Angeles in this situation.

The Raiders played in Los Angeles between 1982 and 1994 and maintain a large fan-base in Southern California, according to Facebook data.

Last week, NFL owners selected the Rams’ proposal for a stadium in Inglewood over the Chargers and Raiders’ joint proposal for a venue in nearby Carson. The agreement left open the possibility of either the Chargers or Raiders joining the Rams in Los Angeles, as the Chargers have until March 23 to decide where they’ll play in 2016 and until next January to decide for sure whether to move to L.A. If they choose to remain in San Diego, the Raiders will be given the opportunity to relocate.

In an odd conflict of interest, the Rams are apparently negotiating furiously with the Chargers because they believe the Chargers will be less successful in Los Angeles than the Raiders. It’s hard to imagine the NFL is thrilled with that reasoning, but the league set the rules, and the Kroenke and company are following them.

For what it’s worth, L.A. mayor Eric Garcetti doesn’t sound super anxious to have the Chargers in town. Via ESPN:

“We’d welcome any team to come here, but I love the idea of a great rivalry to the south,” Garcetti said Wednesday. “We wish them luck.”