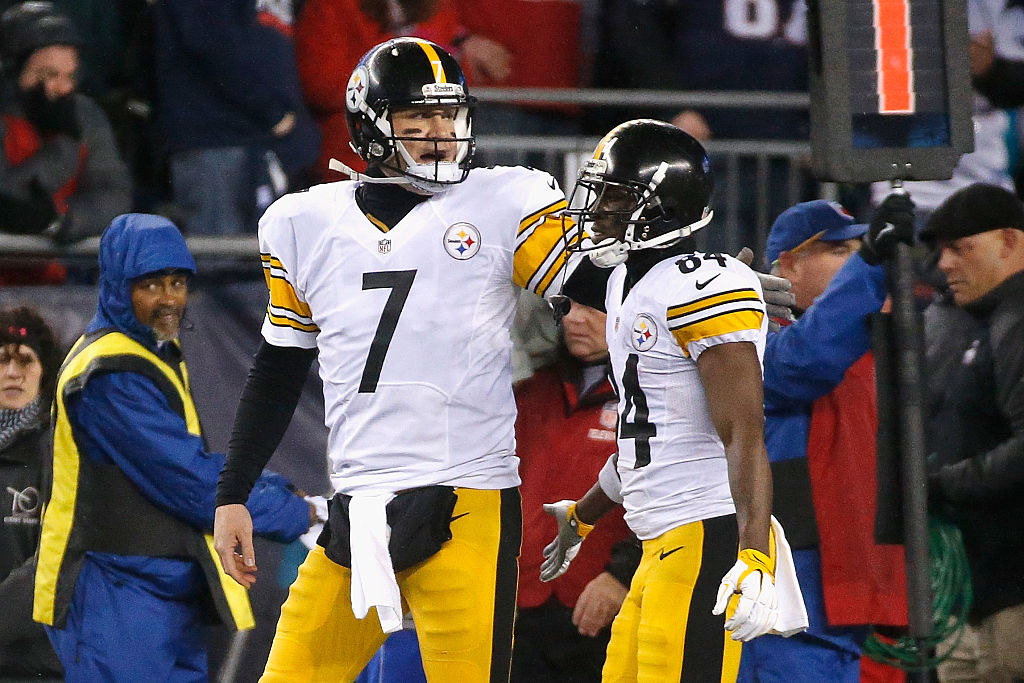 The Pittsburgh Steelers have been a model of success as a franchise over the past 15 years or so. However, was Sunday’s crushing loss to the New England Patriots in the AFC Championship game the beginning of the end of that long run?

If early reports from the Steelers offseason are any sign, this organization is certainly in a state of disarray.

First, there is the uncertain future of quarterback Ben Roethlisberger. Not because of a contract issue or because of his level of play (which earned him Pro Bowl honors in 2016), but because it may be time for him to consider retirement.

On a local Pittsburgh radio show, Roethlisberger was rather cryptic over his future in the league:

“I’m going to take this offseason to evaluate, to consider all options,” Ben told The Cook and Poni Show. “To consider health, and family and things like that and just kind of take some time away to evaluate next season, if there’s going to be a next season.”

Losing the face of the franchise after just coming up short of a third Super Bowl appearance would be crushing in and of itself. But is it really a surprise that a guy who has had plenty of injuries that have cost him games and countless others he has played through would contemplate his future after that many years in the league?

Rip him away from this team, and what do you have offensively? A team with an excellent running back in Le’Veon Bell, who has failed drug tests for marijuana in the past, and a star wide receiver named Antonio Brown.

That’s where the second and third levels of disarray come in, as Bell and Brown’s futures in Pittsburgh are also being questioned. Bell is a free agent and potentially a risk off the field, and the Steelers haven’t given any indication that he will be resigned this offseason (though he really should be, given how important he was to the team’s offense in 2016) before he hits the free agency market.

Of course, should Roethlisberger make the choice to retire, Bell may become a bigger priority. Still, this organization is facing two of its best offensive players heading out the door.

As for Antonio Brown, it appears that the Facebook Live stunt in the locker room after the divisional round win over the Chiefs may be the straw that broke the camel’s back for the Steelers. Brown’s act seems like it is getting old in Pittsburgh, with reports surfacing of Brown pouting over not getting the ball for the Steelers’ first touchdown last weekend against New England.

No seriously, he apparently pouted while his team was celebrating finally getting into the game:

According to the report, after DeAngelo Williams scored the Steelers’ first touchdown in the AFC Championship Game, Brown was pouting while the rest of his teammates were celebrating because Brown wanted the ball to go to him, not Williams, on the play. And that’s not new: Last year, Steelers coach Mike Tomlin had to sit Brown down and tell him to stop chasing statistics, and that his only concern should be winning championships.

That report was clearly leaked to reporters from inside the team itself, and it may signal a team ready to off-load a star who isn’t playing nice with others on the Steelers. In fact, some would suggest that it could be a perfect time to give Brown a new home and to refresh the locker room under Mike Tomlin.

Could it really be an offseason in which all three of the biggest offensive stars are no longer on the team? If so, it will be one interesting offseason on a team that is usually very quiet during that time. But let’s be honest – they’ll probably all be back for the 2017 season.