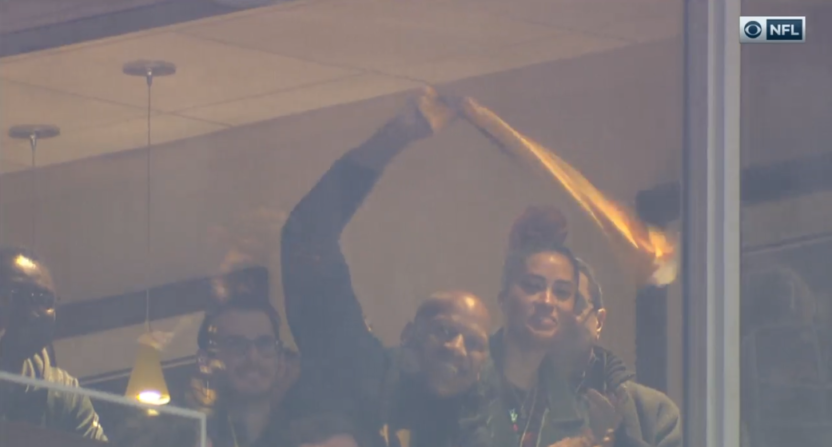 On Dec. 4, Pittsburgh Steelers linebacker Ryan Shazier went to tackle Cincinnati Bengals wide receiver Josh Malone. Shazier succeeded in bringing down the wideout, but it came with a cost.

The linebacker laid still on the field until he was carted off and rushed to the hospital.

Over the course of the next month, news about Shazier came out in spurts. At first it was that he’s undergoing surgery, then it was that he has a long road ahead, and now on Thursday came the best news.

Shazier, 25, has feelings in his legs again.

WPXI reported the news after their anchor Lisa Sylvester traveled to Florida to check up on the Steeler. Shazier has been through a lot to get to this point. His journey to gaining feeling in his legs started with multiple nights in a Cincinnati area hospital before he was transferred to Pittsburgh. Shazier underwent spinal stabilization surgery there before eventually beginning the long rehab process.

To make the situation just a little bit better for Shazier, his father, Vernon, has been there every step of the way to help his son and spread good thoughts for him on his Twitter feed.

Believing is a daily choice. Believe in God! Believe in yourself!#Shalieve#Prayfor50

God created you to be a Champion, don't settle for anything less.
-Vernon J. Shazier#Shalieve#Prayfor50

Today, forgive those that have hurt you and forgive yourself of the mistakes you have made.#Shalieve

I BELIEVE IN YOU. These four words mean more to your child than a big house, fancy car, shoes or video game.#Shalieve

Your children are a gift from God. Cherish the moments and memories.#Shalieve pic.twitter.com/vXZUzLSMpH

Think about what you could accomplish if you weren’t afraid. Believe!#Shalieve pic.twitter.com/GTohv7R2n0

When Sylvester went down to Florida, faith was a big topic of her conversation with Vernon.

“When your child is laying there in a situation like this, I was hoping and wishing i could switch positions with him,” Vernon Shazier told WPXI. “When he went down, all of us went down with him.”

But at times, faith and belief was hard. Minutes after Shazier went down, he called his dad with some bad news.

“He said, “Daddy, pray for me. I can’t feel my legs,’” Vernon Shazier said, overcome with emotion.

Shazier and his father have come a long way from that phone call.

“He’s making progress daily,” Vernon Shazier said. “He’s a long ways from the night when he was laying on the field.”

WPXI asked: “Is he walking? Have you seen your son walking?”

“We agreed to keep his progress private until he’s ready to share where he is at,” Vernon Shazier said.

While Vernon wouldn’t go into details about whether his son can walk or not yet, the fact that Ryan does have feeling in his legs is a big step in the right direction. As for stepping onto the field again and playing in a game, well that’s what Vernon is hoping for his son.