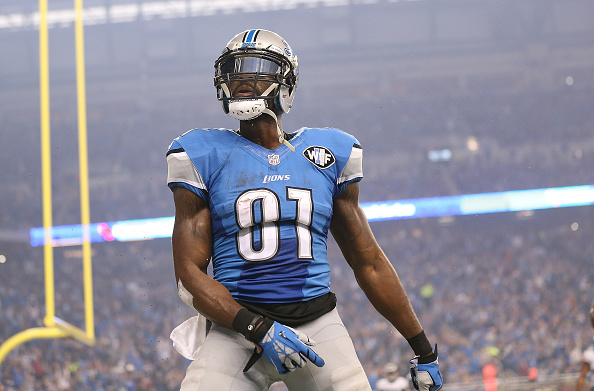 The 63-year-old, who played with the Steelers from 1974-82, told the Detroit News he isn’t entirely sure Johnson made his team all that better, despite individual talent and ability.

“I would think that it would be difficult for Calvin Johnson at this point to be considered a Hall of Famer,” Swann said. “Calvin Johnson has an extreme amount of talent and ability, but when you start to look at his team, the success of his team and did he lift that team; he made them a little bit better, but at the end of the day, I’m not quite sure.”

Johnson stats speak differently. The recently retired 30-year-old holds multiple NFL records including most receiving yards in a single season and the fastest player to 10,000 receiving yards in NFL history (115 games). He scored 83 career touchdowns and finished his career with 11,619 receiving yards in just 134 games. Those are certainly Hall of Fame numbers.

The crux of Swann’s argument seems to be Johnson never appeared in the Super Bowl, which is a bit ridiculous.

“Hard to say he’s going to be in the Hall of Fame when his team hasn’t gotten to a Super Bowl, and they don’t get a chance to get into the playoffs,” Swann said. “And that’s for a lot of guys across the board. If he had broken every passing record, like Danny Fouts, who didn’t win the Super Bowl, then yeah, I think there’s going to be consideration.”

Swann is a four-time Super Bowl winner and was inducted to the Pro Football Hall of Fame himself in 2001. There’s a reason why he puts stock into championship contention, despite football being the furthest thing away from an individual sport. Still, Johnson’s numbers destroy Swann’s career numbers and outside Super Bowl rings, he also has more accomplishments. Championship or not, Johnson’s stats are mind blowing and to make an argument he’s not a Hall of Fame candidate because he didn’t win the Super Bowl doesn’t make a whole lot of sense.