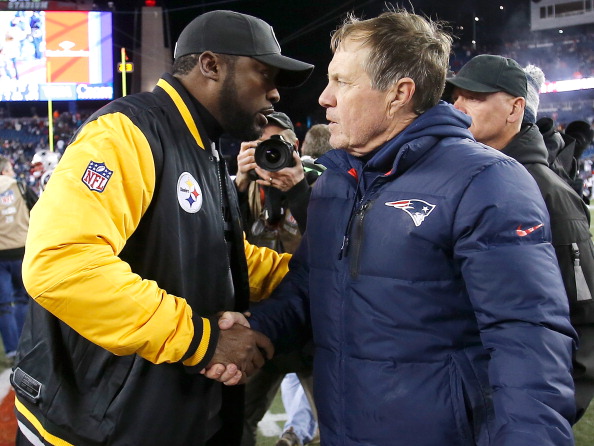 Nothing is guaranteed in the NFL and that applies especially to the 2017 season. Injuries are up and the league is drunk on parity, making every development unpredictable.

The Jacksonville Jaguars, who are only a game back of New England and Pittsburgh at 7-3, but don’t have what it takes to win playoff games. Jacksonville was lucky to beat the Los Angeles Chargers and Cleveland Browns the last two weeks, and its quarterback, Blake Bortles, ranks in the league’s bottom 10 in terms of completion percentage, yards per attempt and passer rating. The Jags are superb on defense, but the offense is a problem, they lack experience and they have a clear ceiling for 2017.

The Kansas City Chiefs, who lead the AFC West with a 6-4 record but have actually lost four of five games after a 5-0 start. Quarterback Alex Smith has become Alex Smith again, with an inability to hit on big plays, and rookie sensation Kareem Hunt has come back to earth as well. The Chiefs have been crushed by injuries and sport one of the worst offensive lines in football. They’re destined to be a one-and-done playoff team — again.

The Tennessee Titans, who at 6-4 are paper tigers at best. Tennessee was riding a four-game winning streak before getting hammered by the Steelers in Week 11, but they merely survived against bad Colts, Ravens and Bengals teams at home and needed overtime to defeat a Browns squad that has lost 25 of its last 26 games. Quarterback Marcus Mariota hasn’t taken the step forward everybody expected, and the Titans don’t appear to be ready to win games in January.

Nobody else in the AFC has a winning record. Seriously.

The Baltimore Ravens hold the last playoff spot at 5-5, but they’re 2-5 in games in which they allow their opponents to score. (Yes, that sentence was supposed to end there.) Baltimore ranks 31st in the league on offense, which is one spot above the 4-6 Cincinnati Bengals.

The Miami Dolphins and New York Jets are playing way above their respective heads at 4-6, the 4-6 Oakland Raiders are a bloody mess following a blowout loss to the Pats, the 4-6 Houston Texans saw their season end the moment quarterback Deshaun Watson went down for the year and the Chargers (5-6 after beating Dallas on Thanksgiving) are obviously a longshot at best.

The only other team with more than three wins which we haven’t touched on is the Buffalo Bills, who have already benched (and reinstated) their starting quarterback and have now lost three straight games by a combined margin of 135-55 to fall to 5-5. Their season would be over if not for the fact that everybody but New England and Pittsburgh kinda sucks.

The only teams I can envision having a chance to dethrone the Pats or Steelers are the Chiefs or Ravens, mainly because Kansas City does play New England well (crushing them in Week 1), the Ravens have a decent track record against both of those teams, both KC and Baltimore have experienced quarterbacks, and both have had some success with their current cores.

But let’s be real, the Chiefs are in a free-fall and Baltimore is lucky to be .500 considering the state of its roster.

The Patriots and Steelers are on a collision course, which makes their Week 15 matchup an AFC Championship preview. The only question now might be which team will play host when they meet Jan. 21 with a trip to Minneapolis on the line, which is what might make their Week 15 matchup at Heinz Field the most important game of the 2017 season.