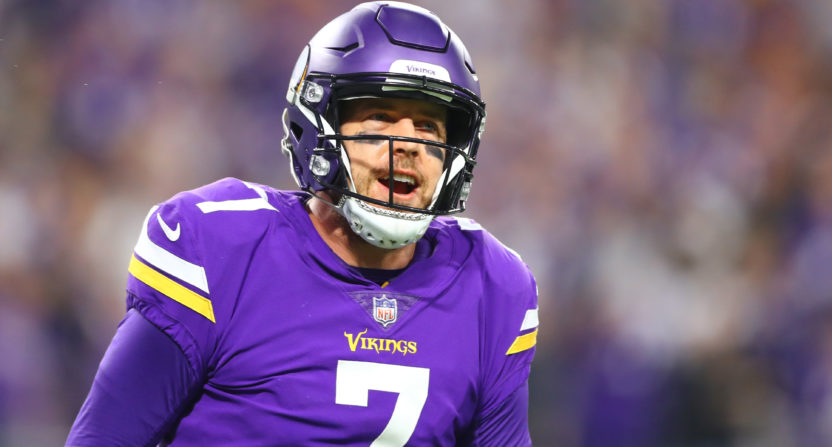 We all too often view football games as boxing matches. This NFL conference championship Sunday isn’t Blake Bortles vs. Tom Brady or Case Keenum vs. Nick Foles, it’s Jacksonville vs. New England and Minnesota vs. Philadelphia.

Still, quarterback is probably the most important position in North American team sports. And it’s no coincidence that 12 of the last 14 Super Bowls have been won by teams led by quarterbacks named Brady, Manning, Roethlisberger, Brees or Rodgers.

And what makes this weekend so interesting is how different these quarterbacks are.

Here’s how they compare.

It’s rather amazing that Bortles and Brady were drafted 14 years apart, with Bortles entering the league as an elite prospect and Brady entering it as a projected career backup, and yet Brady is now the most decorated player in NFL history while Bortles was widely considered a bust until recently. He was still pretty bad most of the time in his fourth season, while Brady is the lead candidate for MVP. It just goes to show how much of a crapshoot the draft is.

There are some similarities between Keenum and Foles in that they’re the same age, they came into the league the same year and each has been mediocre throughout his career aside from one exceptional season. The difference is Foles experienced his outlier campaign back in 2013, when he posted the third-highest passer rating in NFL history while making a Pro Bowl during his first stint with the Eagles. He hasn’t done anything since and is only starting because franchise quarterback Carson Wentz went down with a torn ACL in December.

Meanwhile, Keenum is experiencing his career year right now. The former Texan and Ram was originally starting only because Sam Bradford and Teddy Bridgewater weren’t healthy, but now he remains the starter despite the fact those two are back. He was the league’s seventh-highest-rated passer during a regular season in which he won 11 of the 14 games he started.

None were drafted within 80 spots of each other. One is trying to cement his legacy, one is trying to salvage his, and the other two are just along for the wild, unexpected ride.