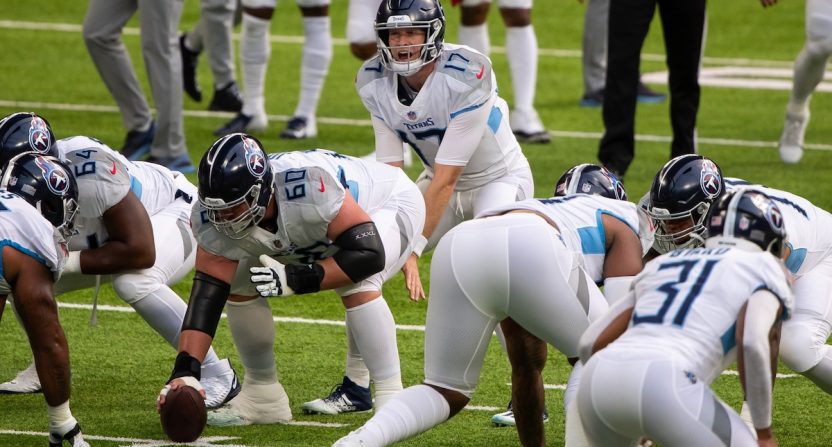 UPDATE: ESPN’s Dianna Russini reports that Sunday’s Titans-Steelers game has been postponed. Moving the game to Monday night is still being considered.

After avoiding significant COVID-19 situations during training camp, an NFL team has its first outbreak among its players and staff. The Tennessee Titans have reported positive tests among three players and five team personnel, according to the NFL.

As a result, the Titans have closed their team facility until Saturday. No in-person work among players, coaches, and staffers will take place on Tuesday. The Minnesota Vikings, who hosted the Titans this past Sunday for a 31-30 loss, have taken similar measures out of caution, though no one in the organization has tested positive.

ESPN’s Kevin Seifert reported that the eight positive tests among the Titans were confirmed after additional testing.

Titans outside linebackers coach Shane Bowen wasn’t with the team for its game versus the Vikings due to the NFL’s COVID-19 protocols. Additionally, offensive tackle Isaiah Wilson was placed on the COVID-19 reserve list earlier this month and has been isolated from the team.

Whether or not Tennessee is still able to play the Pittsburgh Steelers for their scheduled Week 4 game on Sunday isn’t yet known. The Titans don’t have a bye week on their schedule until Week 7.

“Out of the abundance of caution, the organization has decided to work remotely today as we follow NFL protocols related to the COVID-19 virus,” the Titans announced in an official statement. “Several tests have come back positive and are working through the process of confirming them. We will have more information [Wednesday].”

The NFL reported no positives from its most recent tests throughout the league since Sunday. The previous week, seven positives were reported, two from players. Atlanta Falcons cornerback A.J. Terrell was among the positive tests and did not play in last Sunday’s game versus the Chicago Bears.

UPDATE: According to ESPN’s Adam Schefter, the NFL fully intends for the Titans and Steelers to play their Week 4 game, even if it means pushing it to Monday night.

NFL wants to and intends to play the Titans-Steelers game as scheduled Sunday; one of the contingency plans to allow for additional testing and contact tracing to occur would be to move the game to Monday night, per source.