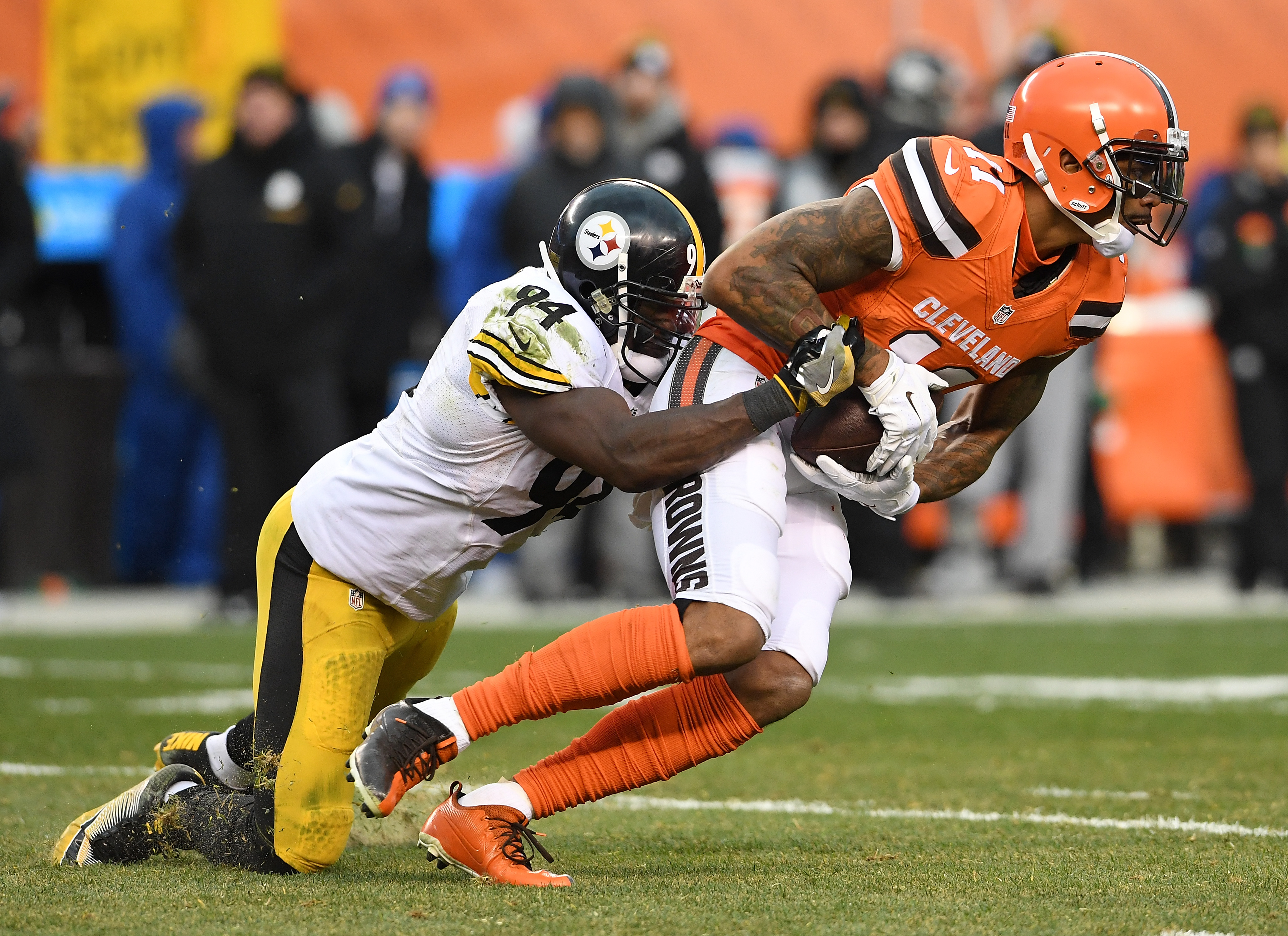 While the Cleveland Browns have gotten off to an 0-11 start this season, the team has run out a parade of quarterbacks thanks to injuries. Many of these injuries have come due to the fact Cleveland struggles to protect anyone taking snaps.

Browns wide receiver, and at times this season quarterback Terrelle Pryor has noticed this struggle to protect the passer. The former Ohio State quarterback let everyone know how frustrated he is with Cleveland’s offensive line following the Browns’ loss to the Pittsburgh Steelers on Sunday.

A visibly frustrated Terrelle Pryor: "It's bullcrap. We can't keep doing this and we can't keep letting our guys get hit." #Browns pic.twitter.com/nzCvBAakKl

#Browns Terrelle Pryor on the QB's getting drilled: 'I don’t think somebody would take $10 million to sit back there and take those hits'

During Sunday’s game, Cody Kessler was the latest Browns quarterback to leave a game due to injury. He suffered a concussion in the 24-9 loss to the Steelers. The team reported Sunday that Kessler could possibly miss the rest of the season following his second concussion this season.

Despite Pryor’s comments after Sunday’s loss, he has been a source of positive reaction this season. Following a loss to the Miami Dolphins earlier this season, Pryor believed Cleveland could win the rest of its games.

Pryor also said after Sunday’s game that he is still enjoying his time in Cleveland and likes what the team has.

Terrelle Pryor on his future, after #Browns loss to Steelers pic.twitter.com/aD4R9ObaM3