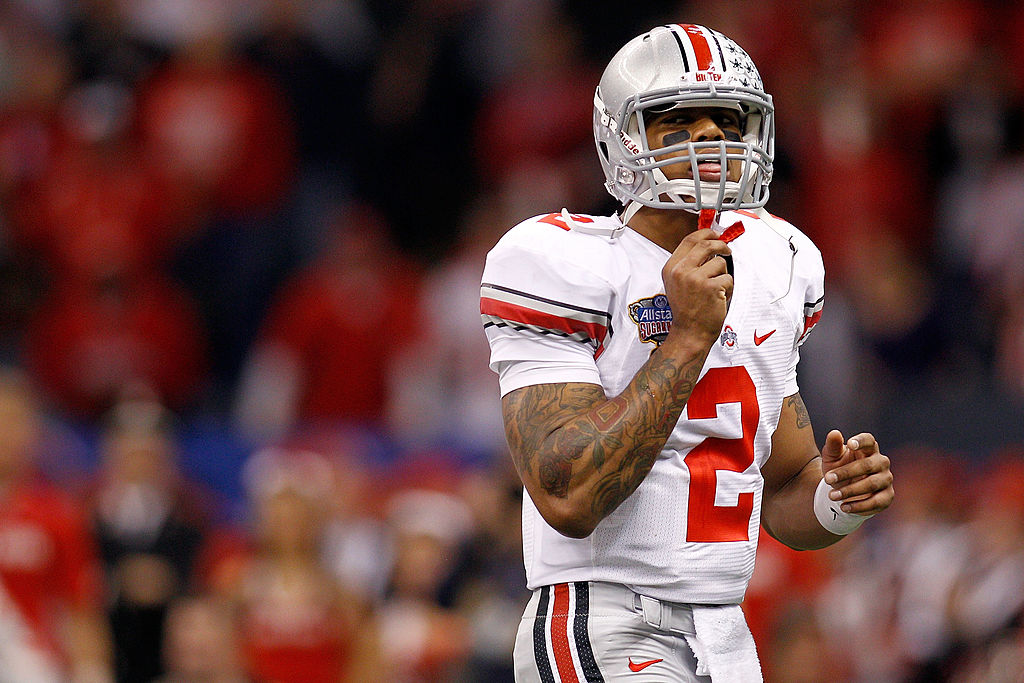 The Ohio State Buckeyes may have won often and by a lot with Terrelle Pryor under center, but it turns out at least one former offensive lineman of his was less than enthused to be blocking for the quarterback in Columbus.

Alex Boone, who is now a guard for the Vikings, was on Minnesota’s KFAN radio last week and was asked about the signal callers he played in front of during his time as a Buckeye. Boone was not shy about expressing his feelings towards Pryor.

“Unfortunately I had Terrelle Pryor, too,” Boone said. “I could not stand any minute with him.

“The kid was so arrogant at the time. I hated everything about him.”

It was apparently honesty hour for Boone, who also faulted his own immaturity as a young player and excessive drinking for getting him off track early in his career during the interview. Boone was also surprised to hear that Pryor was in fact still playing, and even drawing attention for his performance as a wide receiver in Browns’ camp.

Pryor was asked about his former lineman’s comments following team practice on Monday, and provided a mature response.

“I heard about that,” Pryor said. “I don’t know where that came from. I don’t know.”

Did he know Boone felt that way?

#Browns Pryor on ex-#OSU teammate Alex Boone saying on radio Pryor was “arrogant” & he “hated every minute of him” pic.twitter.com/rUHAHUFAqi

Boone and Pryor only overlapped for one season at Ohio State back in 2008. Pryor was an 18-year-old freshman and the No. 1 recruit in the land, while Boone was in his senior season and clearly not willing to put up with any “chosen one” bullshit Pryor may or may not have bought in to. Despite the locker room dissent, the team still went 10-3 en route to a shared Big Ten Championship.

We were all pretty stupid at the age of 18 and that is without being famous, so I think we can give everyone involved in this situation a pass here.

As a reminder, football returns this Thursday with the first week of the NFL preseason.