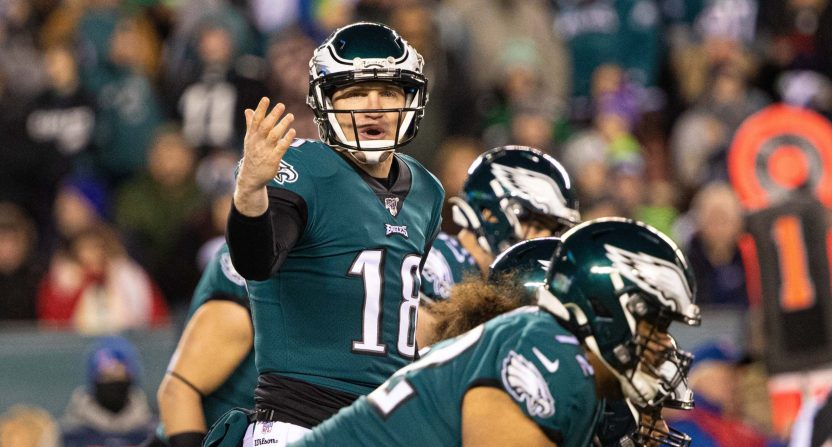 Thursday, news broke that the Houston Texans interviewed Josh McCown, a quarterback who has never coached at the college or NFL level at any point in his career, as a candidate to replace David Culley. While it was the second year in a row that Houston has interviewed McCown, it left a lot of people scratching their head why an NFL team is so dead-set on handing the keys to their franchise over to someone who has no major coaching experience, especially in the wake of firing one of the league’s few black coaches after one season.

Josh McCown and Jack Easterby are buds and thisclose. With McCown having no coaching experience Easterby has gotten his close friend 2 head coaching interviews with Texans in 12 months.

While it might sound like the Texans are simply trying to raise McCown’s profile so that he can start his coaching career somewhere else, all signs point to them trying to create buzz around the journeyman quarterback so that they can justify hiring him themselves.

Mike Florio at Pro Football Talk recently said that the Texans are hoping that another team interviews McCown in order to legitimize him enough to deflect criticism they’ll get if they hire him. He also notes that they’ve almost certainly put out feelers to friendly journalists to try to help normalize the idea of hiring someone with no pro or college coaching experience as the head coach of an NFL franchise.

Florio notes that it’s not out of the realm of possibility that another team could do it simply as a way to curry favor with McCown’s agent, who represents other NFL players they might be interested in. It’s not like NFL teams haven’t done sham interviews plenty of times before.

And according to one reporter, it’s already happened.

The Texans have been developing a reputation as a franchise a lot of stars seem to want to leave as soon as possible. With the assumption that they’re intent on hiring a head coach with no experience, don’t expect that reputation to change anytime soon.