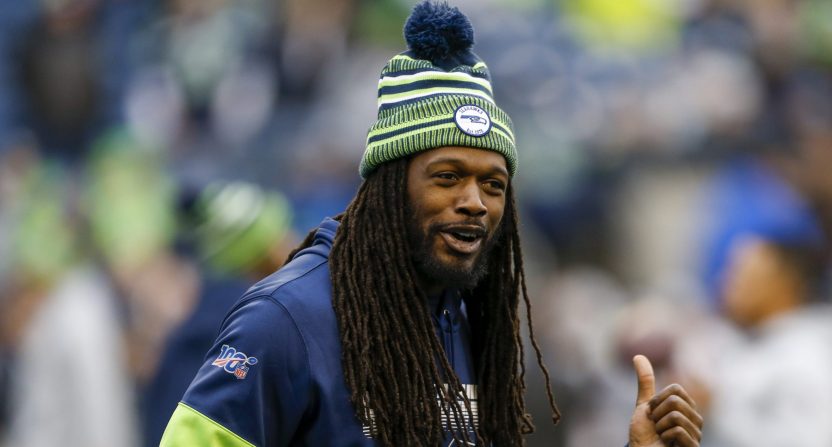 NFL free agency is now more than a week old, and more than 200 players have signed fresh deals on the open market. But several potential difference-makers are still lingering on said market. Here are the top 10:

10. CB Daryl Worley: The 2016 third-round pick just turned 25, and he has the size, speed, and athleticism to become a strong outside corner for years to come. The Raiders secondary smells bad after an ugly year, but Worley has star potential.

9. DT Ndamukong Suh: (Update: He’s reportedly signing with the Tampa Bay Buccaneers) The 33-year-old five-time Pro Bowler might not be the player he used to be, but it’s worth noting that the player who lined up next to him led the league in sacks each of the last two years (Aaron Donald in Los Angeles, Shaquil Barrett in Tampa Bay).

8. Edge Markus Golden: The 29-year-old has put up double-digit sacks in each of his last two healthy seasons. The problem is those came three years apart. Still, he’s a playmaker with growth potential on the edge.

7. OT Jason Peters: Even as a tired, banged-up 37-year-old the legendary Peters posted the fourth-best Pro Football Focus pass-protection grade among qualified tackles last season. If you have a capable swing tackle, it’s worth taking a flyer.

6. OL Daryl Williams: The extremely versatile Williams was one of the most dominant offensive tackles in the league in 2017. A knee injury derailed his 2018 campaign and he didn’t get fully back on track in 2019, but the 27-year-old still has star potential if he finds the right environment.

5. QB Jameis Winston: He likely won’t land a starting job after becoming the first quarterback in 30 years to throw 30 interceptions in a season, but Winston has ridiculous arm talent and is also the league’s reigning passing yardage leader. Just 26, he should eventually find work as a high-end backup. We’ll see him start again at some point somewhere.

4. CB Logan Ryan: He isn’t a superstar, but he’s a versatile, experienced, and fairly steady corner who picked off four passes with the Tennessee Titans in 2019. He’s good enough to start on a bunch of rosters.

3. Edge Everson Griffen: The 32-year-old won’t command a huge long-term deal because of his age, but he was a complete force as a pass-rusher in 2019 and he’s recorded double-digit sacks in three of his last six seasons. He’s worthy of a No. 2 edge spot in a lot of places.

2. Edge Jadeveon Clowney: His uninspiring sack totals might be holding Clowney back on the market, but he’s still a 27-year-old three-time Pro Bowler with top-pick pedigree and superb versatility. He forced four fumbles in 13 games last season, so he can still be a game-changer.

1. QB Cam Newton: A new arrival following his release Wednesday, Newton hasn’t been healthy the last two years, but is uniquely talented and was the league MVP four years ago. Still just 30, he deserves another starting shot.