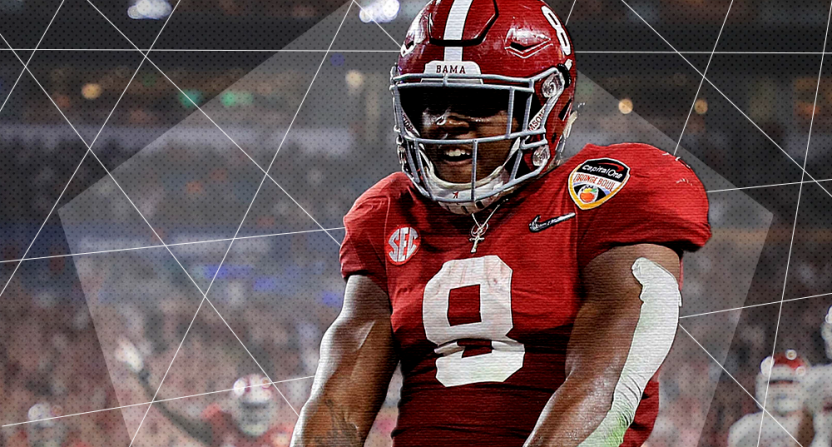 Former NFL scout Dan Hatman told me recently that every draft pick is essentially about risk/reward.

“With every player,” Hatman said, “you’re buying risk. With some players the risk is very minimal, like last year with a Quenton Nelson or a Saquon Barkley, but there’s still some. They’re not 100 percent guaranteed [to succeed] but they’re players that you can go home, put your head on the pillow and feel really good [about]. With other players you might be buying a lot of risk. It might be a coin flip. It might be a one-in-a-million chance.”

Few projected first-rounders are “one-in-a-million,” but many are coin flips. And these five 2019 first-round-caliber prospects carry the most risk entering this week’s draft.

Dude crushed it the last two seasons in the SEC and put on a show at both the Senior Bowl and the NFL Scouting Combine, causing many to move him into the top 10. But it was revealed last month that the 6’6″, 260-pound physical marvel has a heart condition which caused some concern in Indianapolis.

Montez Sweat stock bottomed out due to team medicals. Have heard from a few clubs that have him off the board. Of course it only takes one team, but the expectation now is he will drop. Could fall out of Round 1

Like Sweat, Gary is physically marvelous. Unlike Sweat, the concerns regarding his future had nothing to do with his health and more to do with the fact he consistently failed to deliver statistically at Michigan (he had just 9.5 total sacks in three seasons there). But you’ll notice I used the past tense on that health point, because now there’s something up with the 21-year-old’s shoulder.

#Michigan DT Rashan Gary, one of the draft’s top defensive players, has a shoulder that was flagged, sources say. It’s a labral tear from college, and most believe he can play this season, then possibly have surgery afterward. It will likely have to be managed or harnessed, tho

Say what you will about Murray’s tantalizing skillset, but the fact is there are legitimate risks associated with drafting the Heisman Trophy winner early in Round 1. For starters, he’s got just one year as a starter under his belt at the college level, which means it’s entirely possible he’s a one-hit wonder. But let’s not forget that the dual-sport star and first-round Oakland Athletics draft pick was telling us all he’d play baseball until just a few months ago. How do we know he won’t change his mind?

Combine those things with awkward @dpshow interview + size concerns and he's far from a "clean" prospect at #1 overall. pic.twitter.com/Uk385Q2Eff

The physically enticing wideout made plenty of headlines at the combine, and his muscles have gone viral. But there’s still plenty of reason to doubt Metcalf. At the top of that list is the fact his lauded combine performance might have been overhyped. While he crushed the 40-yard dash and performed well in the vertical while putting up superb — if not unbelievable — measurements, he also failed miserably in the 3-cone drill and shuttle, raising concerns about his ability to move laterally and run clean routes. Don’t forget that he never had a 700-yard season at Ole Miss.

Jacobs came on strong late in his final season in the SEC, but the sample size is insanely small for a potential first-round pick. The 21-year-old fell short of 700 rushing yards in each of his three seasons with the Crimson Tide, and he carried the ball 10-plus times in only four of his last 33 college games. Considering he already plays a low-value position, that small sample might leave too many questions about his durability at the next level. Of course, it only takes one team to buy in, and 2017 offensive rookie of the year Alvin Kamara entered the league under similar circumstances two years ago.

#Alabama RB Josh Jacobs one of the most interesting draft-slot test cases in this year's class. Avg workout metrics & limited production sample, but best tape of any running back in the draft. Hyper physical & natural between tackles, smooth receiver & a chin checker in pass pro.