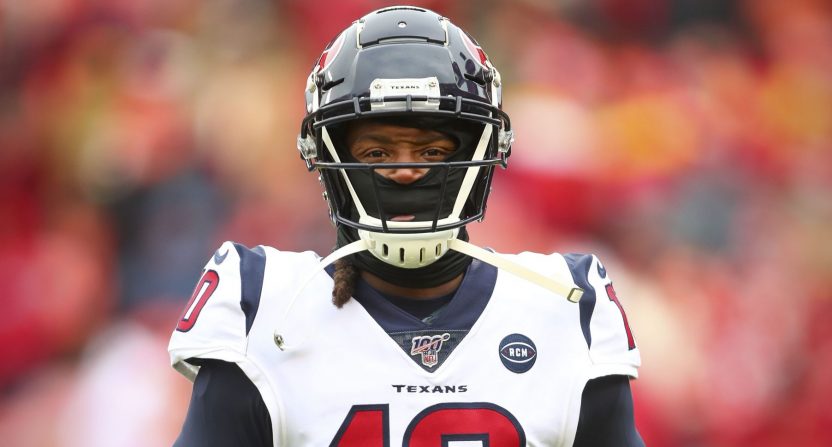 NFL free agency technically just launched, but it’s essentially over. Practically all of the key moves have already been made, which means we already have some really bad deals to mock. Here are the worst of ’em (you can see the best moves here):

Buckner is a great player, but he’s never been a first-team All-Pro and he’s made the Pro Bowl once in four seasons. He’s not a game-changer yet, which makes that No. 13 overall pick a reach, especially when you consider that they tacked on a four-year $84 million contract for the 26-year-old. Colts general manager Chris Ballard is damn good at his job, so maybe this’ll pan out. But right now, it looks like a stretch.

This was simply weird. The Lions released experienced veteran Rick Wagner, and then immediately replaced him with the far less experienced Vaitai at practically the same price with a longer term. The 26-year-old is at least a little younger and has more upside and versatility, but the price tag is far too high for a guy with 20 career starts, only four of which have come in the last two seasons. They could’ve had steady veteran Bryan Bulaga for essentially the same price on a shorter term.

The Dolphins just made Jones the highest-paid defensive back in the NFL by a margin of nearly $1.5 million, which is positively insane. He’s good, not excellent. Not even great. He has one Pro Bowl nod and no All-Pro honors in five pro seasons, and he hasn’t intercepted a pass since 2017. He’s not a playmaker. You don’t give that kind of money to a player of his ilk, especially considering that he’s two seasons away from his age-30 campaign and is joining a rebuilding team.

The Bengals appear to be trying really hard to show Joe Burrow they’re serious about building up the roster this offseason, but this was an ill-advised overpay. The soon-to-be 28-year-old lacked consistency throughout his first five seasons with the Minnesota Vikings and is essentially a bust as a top-12 pick from 2015. He’s hardly a starting-caliber player, and there’s no significant reason to believe that’ll suddenly change in Cincinnati. And yet now he’s the sixth-highest-paid corner in the NFL.

I know we aren’t thinking outside the box on this one, but there’s no way around it: It’s one of the worst trades I’ve ever seen at the time of the deal (in other words, without hindsight). Hopkins is a perennial All-Pro at a premium position, Johnson hasn’t been effective since 2016 at a completely devalued position. Hopkins is 27, Johnson is 28. And Hopkins barely makes more ($12.5 million a year) than Johnson ($11.5 million). Throw in that the Texans already have Duke Johnson and this still feels like a prank.