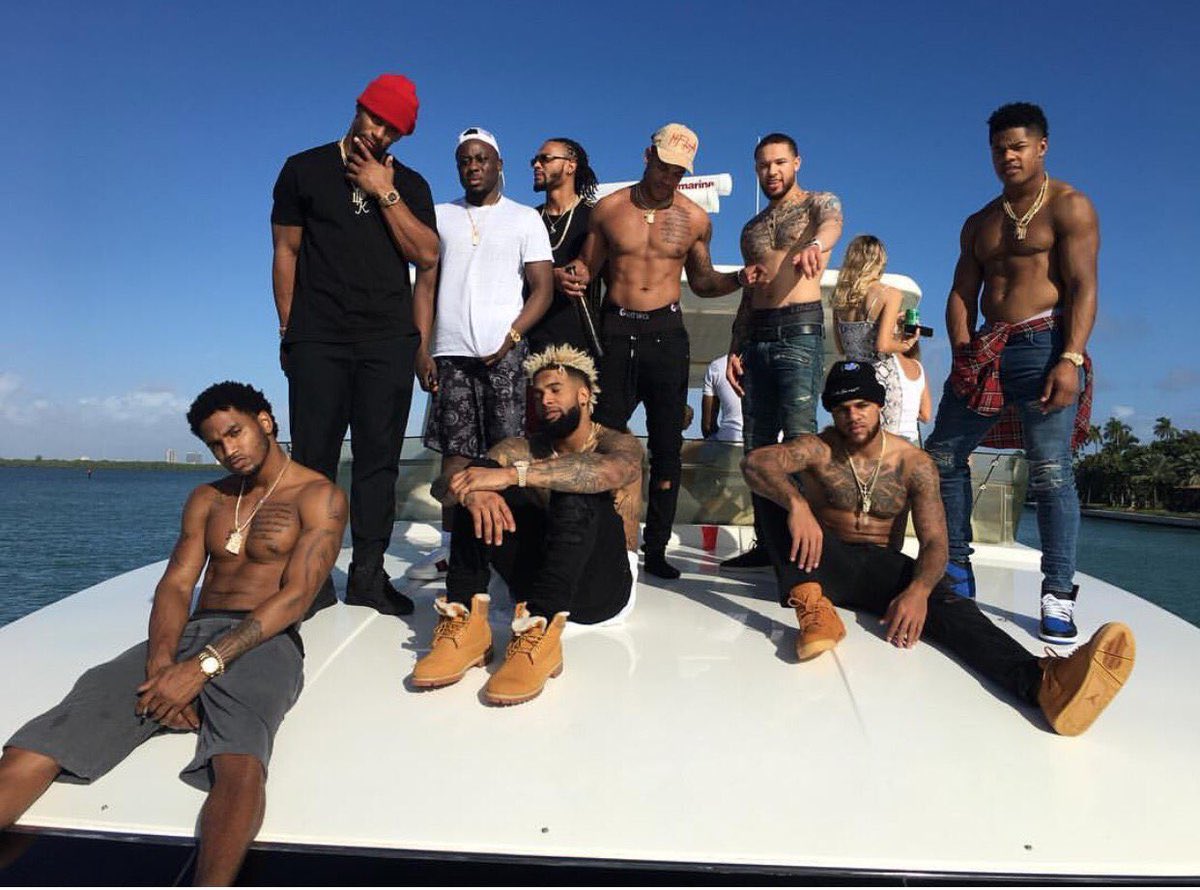 The New York Giants were in the news for all the wrong reasons this past week. They didn’t really do anything bad or illegal, at least not that we know, but the Giants wide receivers all flew to Miami after clinching a wild card playoff spot and enjoyed their day off shirtless and on a boat.

Like a gift sent down from the heavens, that was all anyone wanted to talk about on sports talk radio, the debate shows and the tabloids this past week. Giants head coach Ben McAdoo didn’t think it was such a big deal given it was their day off. Eli Manning joked his way out of questions about the boat. The receivers themselves poked fun by running around shirtless at Lambeau Field before their playoff game against the Packers this past weekend.

The Packers took notice and destroyed the Giants 38-13, allowing the heavens to send down another gift because now people will talk about how the boat trip caused the Giants to lose.

I get it, it’s low hanging fruit to point out that the Giants were distracted by the boat trip and they weren’t prepared against the Packers. That narrative perfectly fits into the “embrace debate” hot take/tabloid culture we live in. And the tabloids sure had fun with this. But let’s be honest, did that really cause the Giants to lose?

Sure, Odell Beckham Jr. dropping three passes doesn’t help my reasoning but logically think about this for a second. For one thing, it was their day off, which is something most teams do on the day after a game. And, what exactly was the difference between being on a boat in Miami and staying in New York City on Monday? As long as the players aren’t doing anything illegal and they get back in time for practice first thing Tuesday morning, it wasn’t that big of a deal.

And I can all but guarantee that if the receivers stayed in New York on Monday that they wouldn’t be spending their off day studying the Packers. It’s unrealistic to think they would do that and I personally wouldn’t want them to. I’m sure you or I don’t like to do work on our off day so why should they? Yes, these players make way more money and all but you need a break to recharge your mind and body. You can’t expect players to study an opponent every waking minute of every day leading up to the game. I’m sure some wished that was the case but they would be worse off if that happened.

On the other end, while the Miami boat trip didn’t cause the Giants to lose, the players didn’t help themselves by giving off the perception they didn’t care. Seriously, could those players be any more naive that flying to Miami before a playoff game wouldn’t be a big deal? It would be a big deal anywhere they play, but they play in New York City. These players would have to be completely delusional to not think this wouldn’t be talked about on the NYC sports talk radio shows. Yeah, Francesa is just going to ignore that. The man has to fill five and a half hours every day, of course he’s going to talk about it. How could you be so stupid and naive this wouldn’t be blown out of proportion?

And even if you had the itch to head to the warmer temperatures of Miami, because I wish I was there instead of the cold of the northeast, just don’t post it on social media! This is the part where I sound like I’m 30 years older than I really am, but not everything needs to be posted on social media just simply for the hell of it. There’s a chance news of the boat trip would leak out anyway but at least it could have been taken as not such a big deal. Rather than showing off that you’re on a boat and removing all doubt you were in Miami.

Maybe the media should take responsibility for making this Miami boat trip a bigger deal than what it actually was, but it’s not like anyone was shocked the media would do something like this. The media goes nuts for things far less serious than this and whether it’s fair or not, whether they like it or not, the Giants wide receivers should have known better. The boat trip wasn’t what caused the Giants to lose but the perception from many was that it did and that’s what the players and their fans will be hearing from now on.