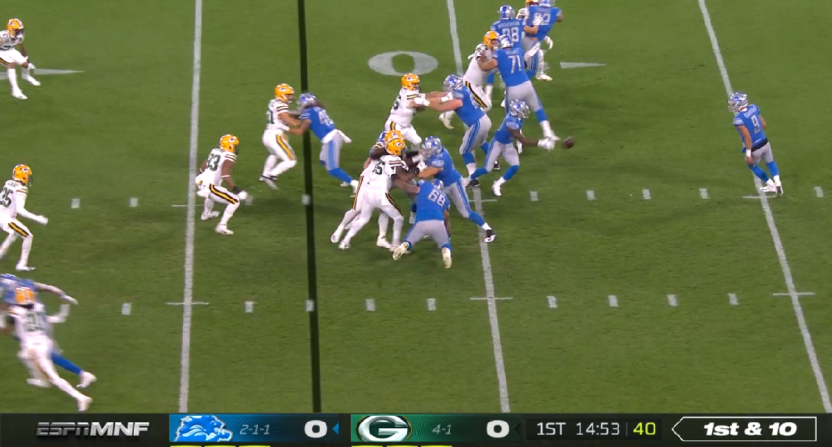 The NFC North is shaping up to be one of the more competitive divisions in the NFL this year, making tonight’s Monday Night Football matchup between the Lions and Packers at Lambeau Field even more important.

Detroit came ready to play, going with a flea flicker on the game’s first play from scrimmage, resulting in a 66-yard completion from Matt Stafford to Kenny Golladay.

That’s a well-executed play, with Packers safety Will Redmond biting on the fake, as Booger broke down upon replay.

The Lions ended up settling for a field goal, but it was still a fun way to start a game.