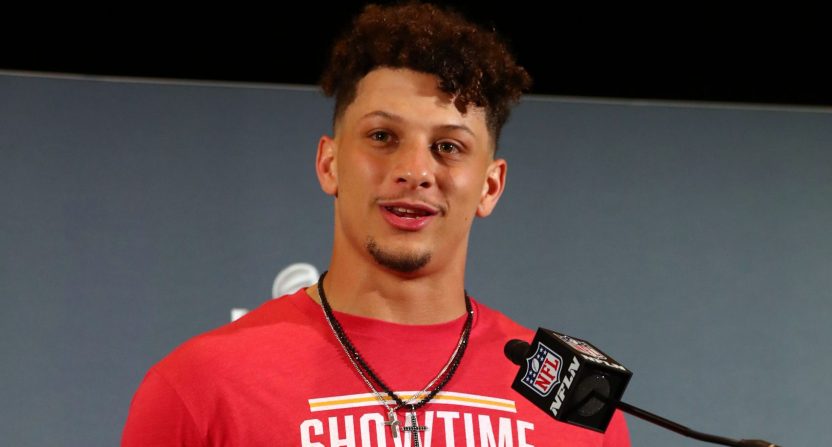 With the new league year quickly approaching in the NFL, here’s a rundown of the 10 most team-friendly contracts in professional football (you can see the 10 worst contracts entering free agency here).

10. Los Angeles Rams WR Cooper Kupp: Four years, $3.8 million (expires in 2021) — The ridiculously reliable 26-year-old is coming off a 1,000-yard, double-digit-touchdown campaign. He looks as though he’ll be a perennial Pro Bowler for a decade to come, but for now he’s being paid like a backup.

9. Detroit Lions WR Kenny Golladay: Four years, $3.2 million (expires in 2021) — Nobody in football caught more touchdown passes in 2019 than Golladay, who made the Pro Bowl with his second consecutive Pro Bowl season but makes less than $800,000 a year.

8. Tampa Bay Buccaneers WR Chris Godwin: Four years, $3.3 million (expires in 2021) — Only Godwin and Michael Thomas averaged more than 95 receiving yards per game in 2019. But while Thomas is the league’s second-highest-paid wide receiver, Godwin is making well less than $1 million a year. Watch for the 23-year-old to strike gold soon.

7. Green Bay Packers RB Aaron Jones: Four years, $2.6 million (expires in 2021) — Meanwhile, nobody in football scored more touchdowns in 2019 than Jones, who broke out with over 1,500 yards from scrimmage and has a 5.0 yards-per-attempt average three impressive seasons into his career. He makes the same amount as Danny Isidora. Who’s that? Exactly.

6. Buffalo Bills CB Tre’Davious White: Four years, $10.1 million (expires in 2021) — The All-Pro cover man has already put up two monster seasons, but is making less on his rookie deal than several punters. He’ll become a lot more expensive soon, but for now the Bills are getting a phenomenal discount for a dude who intercepted 12 passes before turning 25.

5. Indianapolis Colts LB Darius Leonard: Four years, $7.2 million (expires in 2022) — Leonard is the only NFL player in at least the last 25 years to start a career with five-plus interceptions, five-plus sacks, and five-plus forced fumbles in two campaigns. He was an All-Pro as a rookie and a Pro Bowler as a sophomore, but his rookie deal pays him just $1.8 million a year.

4. New Orleans Saints RB Alvin Kamara: Four years, $3.9 million (expires in 2021) — Kamara has made the Pro Bowl in all three of his NFL seasons while accumulating 4,476 scrimmage yards and 38 touchdowns. He’s one of the most dangerous offensive weapons in the NFL, but he’s still not making seven figures.

2. Baltimore Ravens QB Lamar Jackson: Four years, $9.5 million (expires in 2022) — The dude just won MVP, and yet more than 500 NFL players make more than him. The Ravens get to enjoy that rookie deal for two more seasons, plus a potential fifth-year option which would also be a bargain if he keeps this up.

1. Kansas City Chiefs QB Patrick Mahomes: Four years, $16.4 million (expires in 2021) — This will likely change very soon, but for now Mahomes is a comical steal. He’s the best player in the game by a wide margin, but 31 quarterbacks including Andy Dalton, Chase Daniel, Mitchell Trubisky, Ryan Fitzpatrick, and Joe Flacco had higher cap hits than the 24-year-old in 2019.