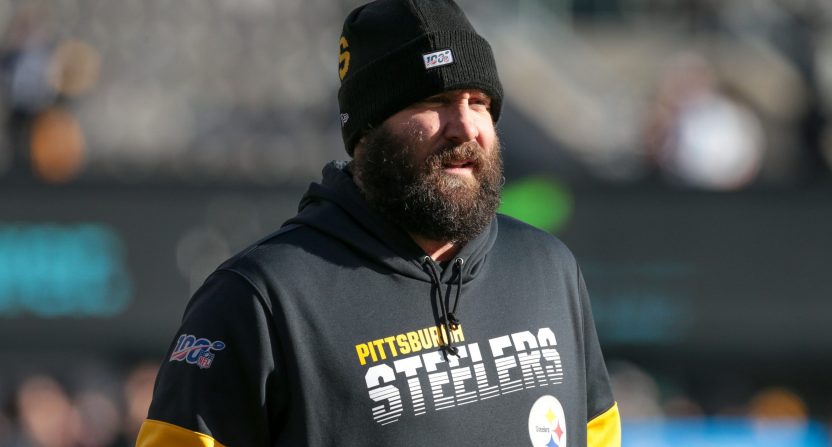 10. Chicago Bears edge Khalil Mack: Six years, $141 million (expires in 2025) — Mack is a tremendous player, but the Bears have yet to win a playoff game since giving him that juicy deal two seasons ago. Now he’s only a year from 30, the Bears still don’t look like prime contenders, and Mack is owed over $53 million over the course of the next two years.

9. New York Jets LB C.J. Mosley: Five years, $85 million (expires in 2024) — An off-ball linebacker has no business making $17 million a year. And it would be one thing if Mosley came through with a strong debut campaign in green, but instead he missed all but two games. Even if they move on ahead of his age-30 season in two years, the Jets will have been forced to pay the guy $51 million for basically two years’ worth of work.

8. Washington Redskins QB Alex Smith: Four years, $94 million (expires in 2023) — This one isn’t really Washington’s fault, as nobody could anticipate Smith would suffer a horrible knee injury midway through his first season with the team. But that doesn’t change the fact that they’ve paid him nearly $39 million for practically nothing the last two years, or the fact that they owe him more than $72 million over the course of the next three seasons. There’s a good chance he collects checks without playing during that entire span.

7. Green Bay Packers QB Aaron Rodgers: Four years, $134 million (expires in 2024) — This is simple: Rodgers is no longer an elite quarterback, but he remains one of the highest-paid players in league history. Ever since breaking his collarbone in 2017, the 36-year-old has a mere 95.6 passer rating. And yet Green Bay owes him almost $98 million between now and the end of the 2022 campaign.

6. Jacksonville Jaguars QB Nick Foles: Four years, $88 million (expires in 2023) — Foles was essentially already benched for a rookie sixth-round pick in the first year of that contract. He had a couple of awesome but aberrational experiences in Philadelphia, but it’s already clear the Jags made a mistake here. There’s a good chance they’ll have to pay him $22.1 million to hold a tablet in 2020, and even after that they’d have to pay him $12.5 million just to go away.

5. Miami Dolphins S Reshad Jones: Five years, $60 million (expires in 2023) — There’s a reason Jones was pretty much the only veteran the rebuilding Dolphins didn’t release or trade in the last year. His awful contract has been too prohibitive. Jones hasn’t been a top-tier player since 2017 and is coming off an injury-derailed season at the age of 32, but it would cost Miami more than $10 million to part ways now. If they hang on and release him next offseason, it’ll cost them close to $20 million for one more year of service.

4. Arizona Cardinals RB David Johnson: Three years, $39 million (expires in 2022) — The 28-year-old continues to live largely off his one Pro Bowl season, which came way back in 2016. Since then he’s averaged just 3.6 yards per carry and has essentially become a non-factor in the Arizona offense, but it would cost the Cards more than $16 million to wave goodbye. By the time they inevitably release him next offseason, Johnson will cost the team another $17.2 million.

2. Los Angeles Rams QB Jared Goff: Four years, $134 million (expires in 2025) — There’s almost no way the Rams can avoid giving Goff nearly $69 million the next two years, which is simply catastrophic from a cap standpoint. In his last 21 starts, the 25-year-old has an abysmal passer rating of 83.9. And that doesn’t even include his horrendous performance in Super Bowl LIII.

1. Pittsburgh Steelers QB Ben Roethlisberger: Two years, $68 million (expires in 2022) — Big Ben led the NFL in interceptions in 2018 and then was a mess before suffering an early-season elbow injury in 2019. He still hasn’t recovered from major surgery on said elbow and looks out of shape at the age of 38 (on March 2). It’s a tragedy that the Steelers owe him $33.5 million in 2020, and that’s probably the only reason Roethlisberger hasn’t retired.