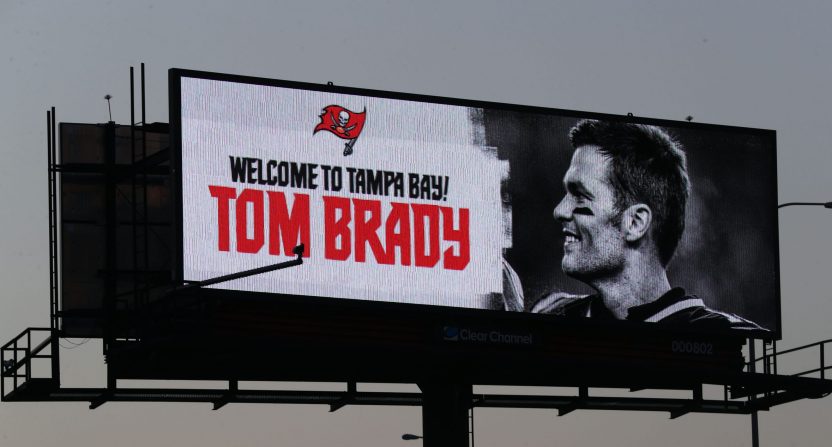 The NFL Draft and the heart of free agency are wrapped, which means we now have a strong feel for what all 32 NFL teams will look like come the start of the 2020 season.

Here are seven squads that improved the most in the last seven weeks:

They unloaded aging running back David Johnson and his albatross contract in a trade to land All-Pro wide receiver DeAndre Hopkins, and further fortified young quarterback Kyler Murray while getting tremendous value for rookie offensive tackle Josh Jones. Oh, and on defense, they bolstered support for Chandler Jones by drafting this class’s second-best defensive player, Isaiah Simmons. Especially with Kenyan Drake coming back in the backfield, it’s hard to find a glaring weak spot now.

Joe Burrow alone is such a rare talent that he immediately improves the Bengals, who also added Tee Higgins to the receiving corps and D.J. Reader, Trae Waynes, Mackensie Alexander, and Vonn Bell to the defense. And don’t forget they’re also getting key offensive cogs A.J. Green and Jonah Williams back from injury.

On paper, the Browns were already stacked. But then they bolstered the offensive line with tackles Jack Conklin (free agency) and Jedrick Wills Jr. (first round of the draft), the pass-catching corps with tight end Austin Hooper, and the defensive front with the underrated Andrew Billings. Throw in superb value for second-round safety Grant Delpit, and Cleveland could be unreal if it all comes together in 2020.

We often give John Elway a hard time, but he’s done a nice job rebuilding that offense the last few years. Now, Drew Lock has two more quality targets in Jerry Jeudy and KJ Hamler. Meanwhile, new defenders Jurrell Casey and A.J. Bouye should boost a defense that was already likely to improve, with Bradley Chubb returning to health alongside stars Von Miller and Justin Simmons.

Philip Rivers is better than Jacoby Brissett, and he should have more support, too, with Michael Pittman Jr., Jonathan Taylor, and Trey Burton on board. They also added DeForest Buckner and Xavier Rhodes on defense. There aren’t many rosters in the NFL that are deeper than this one.

It would’ve been hard for them to not get a lot better this offseason, but they sure delivered on all of that salary-cap space and draft capital. They kept everybody they wanted while adding Tua Tagovailoa, Byron Jones, Shaq Lawson, Kyle Van Noy, Ereck Flowers, Jordan Howard, Austin Jackson, and Noah Igbinoghene.

I don’t know what Tom Brady has left in him, but he’s still a huge upgrade over the turnover-plagued Jameis Winston. And even if Rob Gronkowski is no longer a star, he’ll help. Ditto for early draft picks Tristan Wirfs and Ke’Shawn Vaughn. And they also brought back most of the key members of an already-emerging defense before adding ball-hawk safety Antoine Winfield Jr. in the second round of the draft.