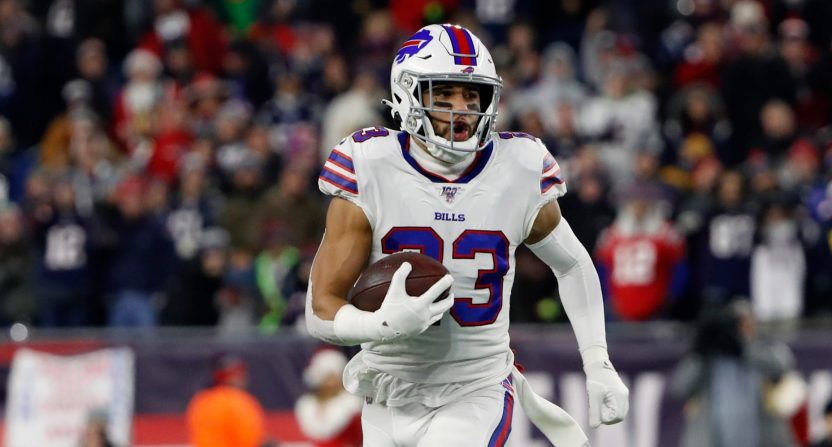 With the 2020 NFL regular season now on the doorstep, we’re breaking down the top position groups in key areas. Now that starting rosters are pretty much set, here are the league’s top 10 secondaries groups entering Week 1.

10. Tennessee Titans: Safety Kevin Byard is one of the top playmakers in the league at that position, Kenny Vaccaro, Malcolm Butler and Johnathan Joseph are established vets, and Adoree Jackson has bloomed into a top-notch cover corner. This unit isn’t star-studded, but it’s extremely talented and experienced.

9. Miami Dolphins: This is all about big-name cornerbacks Byron Jones and Xavien Howard. The former is one of the top cover men in football, the latter is a supreme playmaker. There aren’t many corner duos in football like that, but Eric Rowe and Bobby McCain don’t excite anyone at safety, and there isn’t much depth as they wait on rookie Noah Igbinoghene.

8. Denver Broncos: Justin Simmons is one of the best safeties in the sport, but they’re also loaded with depth. with A.J. Bouye joining Bryce Callahan at cornerback, and converted corner Kareem Jackson holding it down next to Simmons.

7. Los Angeles Rams: Troy Hill has quietly but impressively emerged alongside superstar Jalen Ramsey at cornerback. David Long has potential there as well, and John Johnson III and Taylor Rapp make up a superb safety duo. They’ll miss Eric Weddle, but remain loaded back there.

6. Seattle Seahawks: It sucks that they’re constantly compared to the Legion of Boom, but this is a strong unit. Marquise Blair flashed as a rookie and now gets to team up with superstar Jamal Adams. Shaquill Griffin has become a stellar cover man, there’s hope for Tre Flowers there, and Quandre Diggs is just another piece with tremendous value.

5. New Orleans Saints: Marcus Williams is an elite safety, Marshon Lattimore is an elite corner, and beyond that they’re loaded with proven talent in Janoris Jenkins, Malcolm Jenkins, Patrick Robinson, and D.J. Swearinger.

4. New England Patriots: It starts with reigning Defensive Player of the Year Stephon Gilmore, but Jason and Devin McCourty have been there and done that, and there’s plenty of potential in J.C. Jackson, Jonathan Jones, and rookie second-round pick Kyle Dugger.

3. Pittsburgh Steelers: Minkah Fitzpatrick might have made a run at Defensive Player of the Year if he were in Pittsburgh for all of the 2019 season, and there’s plenty of room for fellow safety Terrell Edmunds to grow. Meanwhile, Joe Haden, Steven Nelson, and Mike Hilton make up one of the strongest corner trios in the league.

2. Baltimore Ravens: You know you’re in special shape in the secondary when you can afford to cut Earl Thomas, but that’s how promising Chuck Clark looked in his breakout 2019 season at safety. Marlon Humphrey is an ace corner, the ball-hawking Marcus Peters has rediscovered his game, and slot stud Tavon Young is back from a neck injury.

1. Buffalo Bills: Tre’Davious White is one of the five best corners in football, Micah Hyde and Jordan Poyer form an elite safety combo, and Josh Norman and Taron Johnson provide ideal support for White and the underrated Levi Wallace. Hard to find a weak spot there.