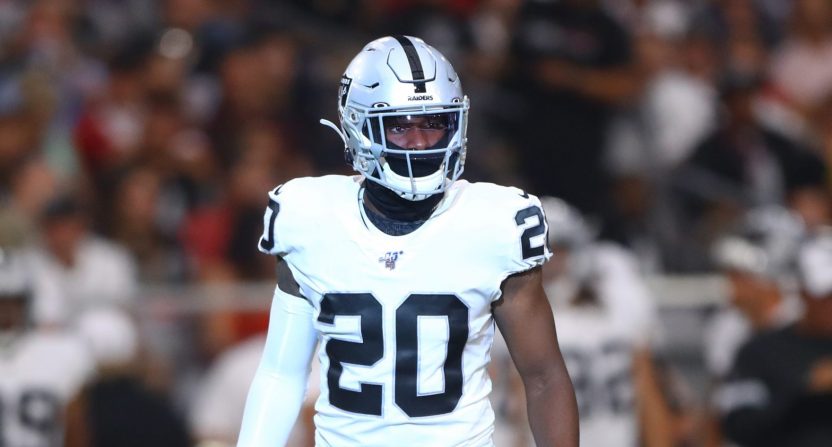 With NFL free agency looming in just two weeks, here’s a look at eight potential bargains that teams might be able to land on the open market on or beyond March 18.

QB Marcus Mariota: He won’t be paid like a starter, but that’s the bargain. At the very least, the 2015 No. 2 overall pick has to be viewed as a top-notch No. 2 who could still compete for a starting job. Mariota is only 26, and his career numbers really aren’t bad at all. It will be interesting to see how he reacts to change this offseason.

TE Eric Ebron: He’s not getting as much attention as Austin Hooper and Hunter Henry, but the 26-year-old former top-10 pick was a Pro Bowler with 13 touchdowns in 2018 before Jacoby Brissett and injuries killed his numbers in 2019.

OL Andrus Peat: It seems nobody is talking about the 26-year-old two-time Pro Bowler. He hasn’t been too consistent or durable, but he has a lot of raw talent, versatility, and growth potential. He’ll likely go for a lot less than Brandon Scherff, Bryan Bulaga, or Jack Conklin.

Edge Bud Dupree: The “other” pass-rusher in Pittsburgh might not leave town. But if that does happen, Dupree could fly under the radar. He’s not as well known as Jadeveon Clowney or Shaquil Barrett, but he was one of just four players in football to record more than 10 sacks and more than three forced fumbles in 2019.

DT D.J. Reader: He’s still not really a household name, but the 25-year-old has been a top-notch starter for three years and is coming off a breakout season in which he recorded 2.5 sacks and 13 quarterback hits. He was also named to the PFF All-Pro second team.

CB Daryl Worley: The 2016 third-round pick just turned 25, and he has the size, speed, and athleticism to become a strong outside corner for years to come. The Raiders secondary smells bad after an ugly year, but Worley has star potential.

CB Trae Waynes: The 2015 top-12 pick gets overlooked because the Minnesota secondary was a disaster in 2019, but he wasn’t bad in coverage while flashing strong playmaking ability. He still has a chance to become a strong starter on the outside.

S Karl Joseph: A new environment could give the talented 26-year-old a chance to finally flourish and live up to his draft status as a former top-15 pick. He’s talented and versatile, and should come cheap compared to big names like Anthony Harris and Justin Simmons.