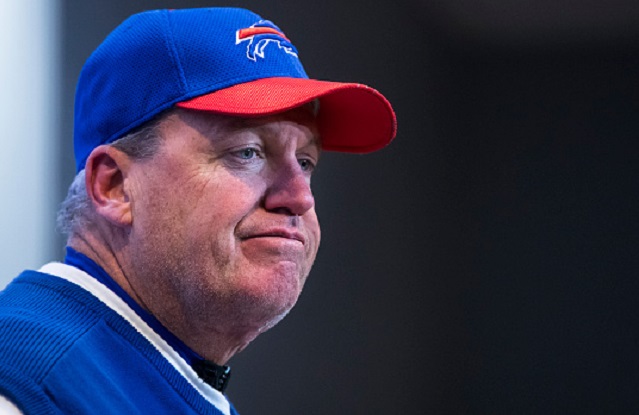 This Weekend in NFL Stupid highlights the dumbest decisions in football throughout the season. For Week 16, we highlight a comedy errors from one of the NFL’s most infamously senseless coaches.

Buffalo Bills head coach Rex Ryan exercised so much stupidity on Saturday that at one point he did something stupid which saved himself from doing something even stupider.

As we established last week, freezing the kicker doesn’t generally work — especially on long field goals. Kansas City Chiefs coach Andy Reid cost his team an important Week 15 game by doing so. And yet there was Ryan, trying to call a timeout before Andrew Franks of the Miami Dolphins attempted a 55-yard field goal with Buffalo leading by three in the final seconds of the fourth quarter.

Ironically, this freeze actually might have worked despite the odds, because Franks made the kick — the longest field goal of his career. It was an incredible kick in cold weather, and it wasn’t likely to be duplicated on a second effort.

Rex Ryan says he wanted a timeout, but he was clearly late https://t.co/35hessaHct pic.twitter.com/aOD3REEcoA

And it gets better — or worse, depending on where your allegiances lie — because when Miami’s Jay Ajayi practically clinched the game with a 57-yard run in that overtime period, Ryan’s defense had just 10 players on the field. 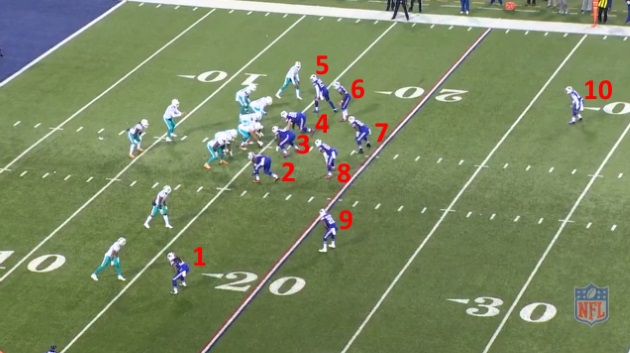 But the stupidest thing Ryan did all day came just prior to that decisive Miami drive, when Ryan elected to punt on a 4th-and-2 from the Buffalo 41-yard line with 4:09 to play. Remember, the Bills had to win this game in order to stay alive in the playoff race. By punting with four minutes remaining in overtime, they were basically forfeiting the game. Considering that 60 percent of 4th-and-2 gambles result in first downs, that’s insane.

Or at the very least, extremely stupid. 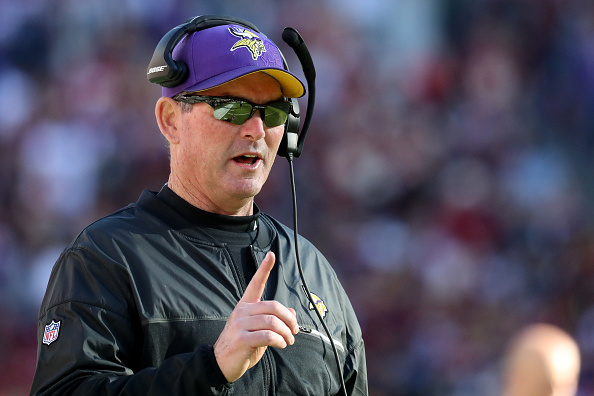 The Minnesota Vikings have done their best to clean up the mess caused by a strangely frank Mike Zimmer after Saturday’s ugly loss to the Green Bay Packers. But the reality is that Zimmer admitted his defensive backs — led by starting corners Xavier Rhodes and Terence Newman — defied his game plan and decided instead to cover top Packers receiver Jordy Nelson their own way.

Zimmer is now insisting that no player deliberately played the wrong coverage, and his soldiers have fallen in line, but this is what Rhodes said after the game:

“We felt as a team, as players, we came together and we felt like we’d never done that when we played against the Packers. Us as DBs felt like we could handle him. That’s how we felt as DBs that we could stay on our side and cover him. In the beginning, we’d always played against them and played our sides, so that’s what we as DBs went with.”

It’s not a coincidence that both Zimmer and Rhodes suggested separately that the cornerbacks split the field early on despite the fact Zimmer wanted Newman to shadow Nelson.

So who’s stupid here? Zimmer for losing control of his players and for his laughable attempt to save face, or every Vikings defensive back who thought it’d be smart to spit on their head coach’s game plan by freelancing with coverages.

It takes something special for me to agree with Deion Sanders, but this sums it up well:

“I’m sure the defense that he called and he wanted them to be in was something to prevent those big plays that we saw Jordy Nelson make. But these ‘rocket scientists’ felt like they know more than the darn coach, and we’re going to get together and come up with our own scheme. How are you going to come up with your own scheme?”