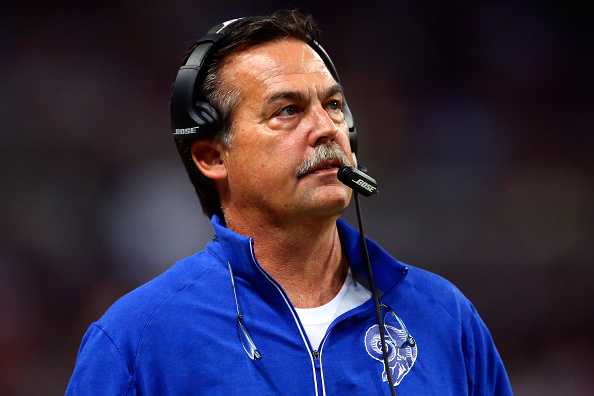 This Weekend in NFL Stupid highlights the dumbest decisions in football throughout the season. This week, we go after a familiar target.

1. Down seven at the Buffalo 4-yard line midway through the fourth quarter, Fisher opted to attempt a field goal on 4th-and-goal. I understand settling for three there if you’re on the 20-yard line, but consider how rarely teams like the Rams get that close to the freakin’ end zone! You take your shot there, even though it’s about a 35 percent proposition, because with that deficit you’re going to need a touchdown anyway. Worst-case scenario, your defense takes the field with Buffalo buried, giving you a strong chance to have very good field position when you get it back.

2. Down four with just under four minutes remaining, Fisher opted to run a fake punt rather than gambling or punting it away on a 4th-and-5 from his own 23-yard line. So he went from being too conservative to too aggressive. But in both cases, he was stupid. And the best (or worst) part about the fake punt was how obvious it was, both in terms of the situation and the personnel. It was clear the Bills, who were pointing out offensive players and discussing assignments prior to the snap, knew it was coming.

In both cases, Fisher was — stupidly — failing to trust his very good defense. And that’s a stupid shame.

Other Stupid Things from Week 5

** The general idea that a personal foul actually helped the Eagles

Less than two minutes to play. Lions driving inside Philadelphia territory, down by two. The Eagles need to prevent Detroit from running the clock down before kicking a go-ahead field goal. At the conclusion of a play that was going to give the Lions the ball at the 12-yard line, Malcolm Jenkins is flagged for unnecessary roughness, giving Detroit the ball on the 6-yard line instead. But that actually helped the Eagles, because it stopped the clock, saved them a timeout and put the ball inside the 10, preventing the Lions from being able to pick up another first down.

Detroit ran three unsuccessful plays, milking Philly’s three timeouts, and then kicked the go-ahead field goal with 1:28 to play. But had the exact same thing happened without that penalty, the field goal would have been kicked with about 48 seconds remaining.

In other words, an unnecessary roughness penalty actually gave the Eagles a much better chance to win the game. Maybe karma stepped in and helped the Lions win anyway.

There’s a chance the other team knows you’re right-footed, JT… 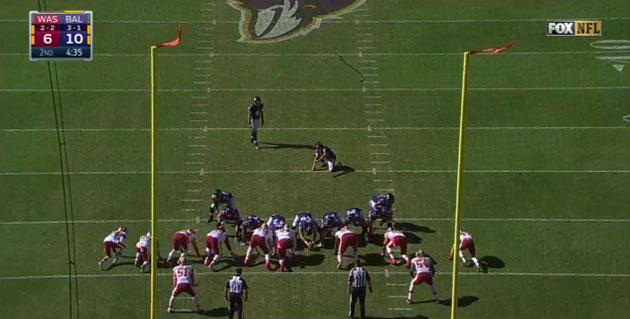 ** Todd Bowles deciding to punt midway through the fourth quarter, despite trailing by 11

Are you even trying to win? Seriously. From Pro Football Talk’s Michael David Smith:

According to Pro Football Reference, no team has ever won a game when it punted on fourth-and-1 or fourth-and-2 in the fourth quarter while trailing by 11 or more points. Punting in that situation is essentially giving up.

It didn’t pan out well for him…

** And pretty much everything that happened in Carolina

But this in particular…

The decision from Derek Anderson was dumb, but why the hell was he even passing on 1st-and-goal from the 1-yard line when Carolina’s backs had rushed for 42 yards on three carries during that drive?