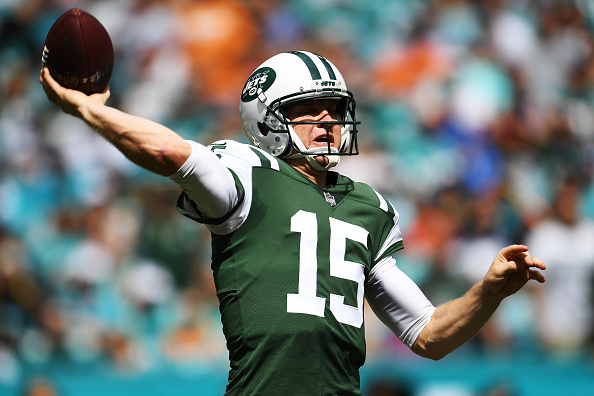 This Weekend in NFL Stupid highlights the dumbest moments and decisions in football throughout the season. For Week 7, we start with that controversial “simultaneous catch” in Jersey.

I don’t necessarily buy that it should have been an interception either. It was one of those cases in which it was impossible to know who gained possession at what time, which meant the official essentially had to guess. What’s stupid is that he was forced to do so, and that overturning such a decision is nearly impossible based on the burden of proof that is required under replay review rules.

The league should change those rules and make it possible for officials to refrain from making an initial ruling when doing so would be a guess. Then the review process can essentially decide the result of the play. And if it’s still impossible to tell what happened, the best solution might be to replay the down entirely.

Because what happened there doesn’t feel fair to the Giants.

From again ignoring superstar receiver Julio Jones in the red zone (at least before garbage time), to burning a crucial second-half timeout with more than 15 seconds on the play clock prior to a third-and-goal snap, to running a jet sweep on fourth-and-goal from the New England 1-yard line, to terrible play-calling in general, to the Adrian Clayborn roughing-the-passer penalty that wiped out an end zone interception, Sunday was a really stupid night for Atlanta in Foxboro.

Here's the roughing the passer penalty on Adrian Clayborn that negated a Falcons INT. #ATLvsNE pic.twitter.com/Ctqj1um1SL

It was a one-score game between Cincinnati and Pittsburgh at halftime, with the Steelers leading 20-14 thanks to two field goals to close out the second quarter. The Bengals ran the ball a respectable 12 times in that first half, with top back Joe Mixon averaging 6.7 yards per attempt. But they ran the ball just five times on 21 second-half plays as Pittsburgh slowly pulled away.

“It’s frustrating. I feel like I’m seeing [Le’Veon Bell] got the ball 35 times, and I got it seven in the first half and then don’t touch the ball again,” Mixon said afterwards, per ESPN.com. “[Jeremy] Hill only got one touch in the second half. It’s frustrating to us running backs. We feel like we’re in the room and we feel like we’re part of the offense. If it worked in the first half, why not do it in the second?”

Because Marvin Lewis is a terrible coach, Joe. That’s why.

The play call was ridiculous and the decision was worse, so here it is set to bad Titanic music:

JOSH MCCOWN'S PATHETIC INTERCEPTION TO GIFT THE GAME TO THE DOLPHINS IS EVEN BETTER WITH "TITANIC MUSIC"!!!

This week in "That's So Browns"

Outrageous that people compare @iammikemitchell to Burfict. Look at 55 kick @Dat_Dude_Nix in the face THEN try to blame it on 45. Smh pic.twitter.com/nTlfn9jsYp

I actually don’t think this is as egregious as some are making it out to be. But considering his reputation and track record, I think it’s enough to once again declare Burfict to be an idiot.

Opponent Le’Veon Bell summed it up:

man dude gotta go man…that’s not football AT ALL!! https://t.co/IFbNZPZtWR 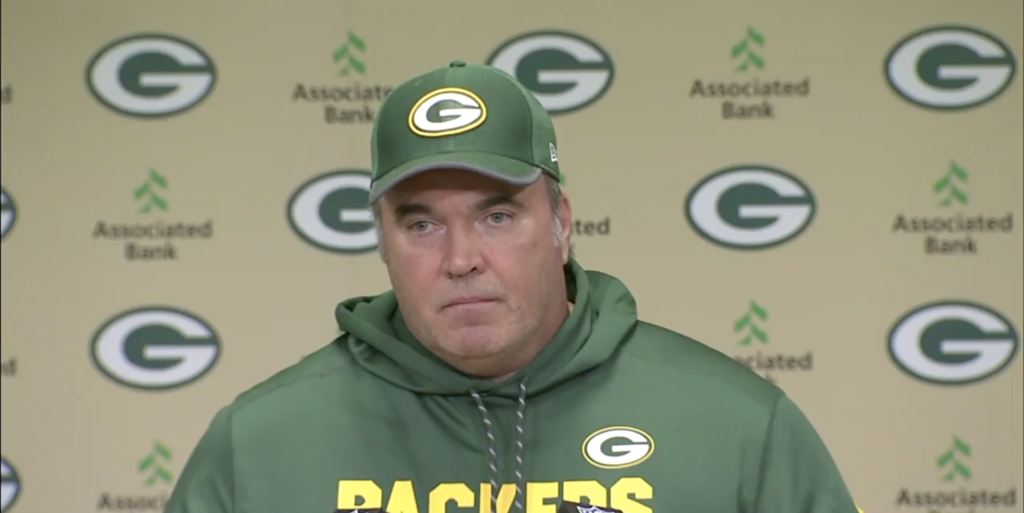 That’s what McCarthy said last week when defending the team’s decision not to sign an outside quarterback (like Colin Kaepernick) in the wake of Aaron Rodgers’ injury. But McCarthy’s actions spoke louder than his words on Sunday, and they screamed that he does not have confidence in Hundley, who was rarely given a chance to throw the ball downfield against the Saints. He finished with just 12 completions on 25 passes for 87 yards, and you’re not going to win a lot of games that way.

I refuse to believe Kaepernick wouldn’t have been able to do a hell of a lot more.

He’s a human being. A rich, 21-year-old human being. He knows his body, he knows what it can handle and I guarantee you going out on a Friday night with friends didn’t impact his play on Sunday afternoon. The optics aren’t great, but that’s only because far too many of us buy into the notion that professional athletes aren’t allowed to have lives outside of football.

His own head coach isn’t helping.

“A guy’s personal time is his personal time, but I still think that’s not what our guys do,” Jackson said Sunday, per the Cleveland Plain Dealer. “I think our guys work at what they do, and I would be surprised if that happened. I have never heard of that. I don’t think DeShone has that kind of character or personality that way. That is what it is.”

Dude, you think your guys don’t go out until 1:30 on Friday nights? And you think they can’t do that while also working at what they do? Come on, man!

We all deserve to have some fun when we’re not on the job, and Kizer had every right to hit the town with friends on Friday night.