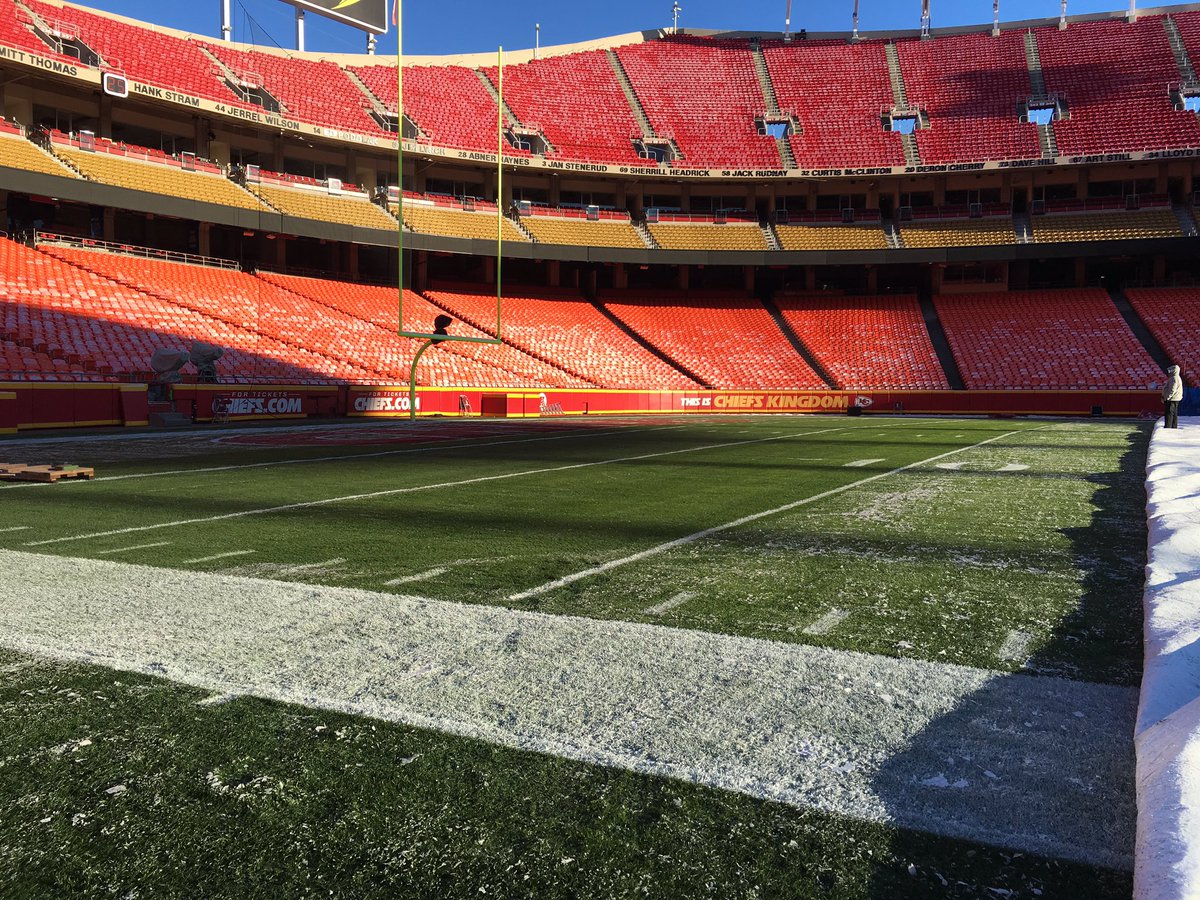 On Thursday Night Football this evening, the NFL is throwing out a great AFC West matchup between the 10-2 Oakland Raiders and 9-3 Kansas City Chiefs. However, there may be some sloppy play between the two teams in KC.

Back in April, the Kansas City grounds crew thought about how they could beat the cold weather in the winter in the midwest. Their solution? Installing heaters underneath the turf.

The idea was brilliant, but sadly, it doesn’t look like it’s working.

Just spoke to #Chiefs grounds crew. Heaters were installed underneath Arrowhead turf in April, but an ice layer froze under tarp overnight. pic.twitter.com/aXhnE8MlLa

Gradually grooming the "ice flash" throughout the day, while temps remain in 20s. Turf heaters are on, but everything is still frozen.

Will the Raiders and Chiefs be ice skating tonight? KC grounds crew working to thaw the field. See @CourtneyFallon_'s timeline.

Apparently, this isn’t a new occurrence at Arrowhead Stadium either.

“There’s guys on that team, last time we played there, they told me, they said, ‘Listen, we knew you guys weren’t going on that side of the field because it is a big block of ice. So they was heavy loaded on the other side knowing that no one is gonna go over there.”

Wayne continued: “In 2012, Bruce Arians was our (interim) head coach at the time, I told him, ‘Listen, do not throw me a ball on that side of the field. Put me on the left side, I’ll run whatever. But over there, I need some ice skates.'”

Now, those instances occurred before the heaters were installed underneath the turf. Fallon went on to say the “ice flash” will be dealt with all day by the Chiefs’ grounds crew while temperatures in the area sit around 26 degrees and lower.

The Chiefs and Raiders are slated to kickoff at 8:25 pm EST on Thursday and until then, follow #FrozenGrassGate and Fallon on Twitter to see if the NFL will allow the teams to wear ice skates tonight.