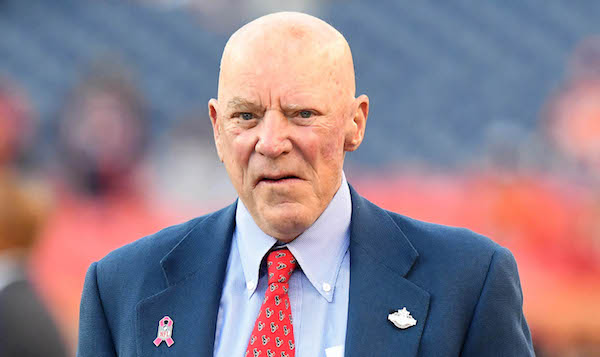 During a time when diversity is more prevalent in American society than it has ever been before, the majority of people who make up the current group of NFL owners are white males. Of the 32 teams in the league, 79 percent of the owners are Caucasian men.

Given that around 70 percent of the NFL’s players are African-American, there are certainly going to be some differences in how each group views and handles certain issues.

This difference in thinking has become pretty obvious during the recent on-field activism from a number of players around the league during the playing of the national anthem. Not really understanding the reasoning behind the protests, some owners came out and made some pretty disturbing comments, including Houston Texans owner Bob McNair.

During an owners meeting last October, McNair felt it was necessary to let his colleagues know that the NFL “can’t have the inmates running the prison.” A number of people who were in the room at the time he said this were reportedly stunned by the statement made by the Texans’ owner.

One of those irked by McNair’s comments was Troy Vincent, a former president of the NFL Players Association and the current NFL executive vice president of football operations. Oh, and Vincent also happens to be African American.

Following the meeting, McNair tried to play Mr. Nice Guy and apologized to Vincent for his comments being misinterpreted, as he said they were not intended to be taken literally.

Not be taken literally? What did McNair really expect was going to happen? Did he think a bunch of other owners were just going to get up and high-five him all day after what he said?

McNair later “apologized” after his comments unsurprisingly got a negative public reaction. The statement he released as his apology even included him trying to explain why he thought it was ever a good idea to say what he said.

“I regret that I used that expression. I never meant to offend anyone and I was not referring to our players. I used a figure of speech that was never intended to be taken literally.

I would never characterize our players or our league that way and I apologize to anyone who was offended by it.”

But let’s not act like this “apology” was more than just McNair scrambling to make sure he can keep selling tickets. Especially when he just recently told the Wall Street Journal that he wishes he didn’t ever apologize in the first place.

“The main thing I regret is apologizing. I really didn’t have anything to apologize for.”

Yeah, this smells like a big giant pile of cow poop. The part about him wishing he didn’t apologize is likely true, but let’s not think for a second that his explanation for what he was referring to is even remotely close to being valid.

But McNair’s comments last year were not the first time that the owner’s disgusting thoughts creeped out of his head and into the open air.

In an interview with Pro Football Talk last year, former Houston offensive tackle Duane Brown revealed that McNair has made a number of poor comments on topics associated with race in the past, including Barack Obama being elected President in 2008 and Donald Sterling being forced to sell the Los Angeles Clippers in 2014 because of racially insensitive comments that were made public.

Three days after this interview was published, the Texans conveniently traded Brown to the Seattle Seahawks.

As Carolina Panthers owner Jerry Richardson was recently forced to sell his team due to allegations of workplace misconduct, it’s time for McNair to do the same.

Houston’s owner may think that some of his comments are just normal, everyday talk since he clearly doesn’t understand what the fuss is all about. But the fact that he has failed to realize that what he continues to say is rubbing the majority of his organization the wrong way just shows that it’s time for him to hand over the keys to someone else.

In this day and age, there’s no room in the NFL for people like McNair.