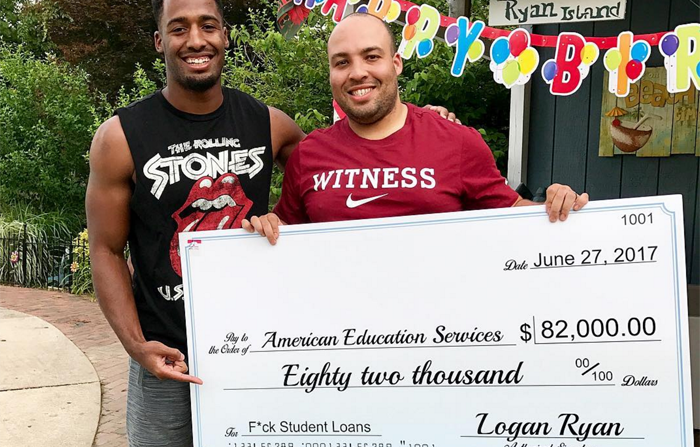 Titans cornerback Logan Ryan is a millionaire, thanks to his football career, but he knows that he’s lucky. His brother has $82,000 in student loans.

So as a birthday present, Ryan paid off his brother’s loans.

Surprised my big bro and paid off his student loans for his 29th Bday!! My man got accepted to college, graduated with honors, and now works as an engineer. He did everything the right way and still lives with a ridiculous amount of student loan debt.The system is broke and makes no sense!! I'm Fortunate and blessed to be able to take care of that for him.. Love you big bro you deserve it!! #Family #FinallyFree

In addition to doing a good deed for his brother, Ryan also spoke against the student loan system that has crippled so many young people trying to get on their feet after college. People often think that college is a worthwhile investment, regardless of the cost, but often times, even the best personal loans for bad credit can hurt even the people who do land good jobs.

It’s always helpful when NFL players do good deeds and stand up for good causes. Ryan just did both at once.