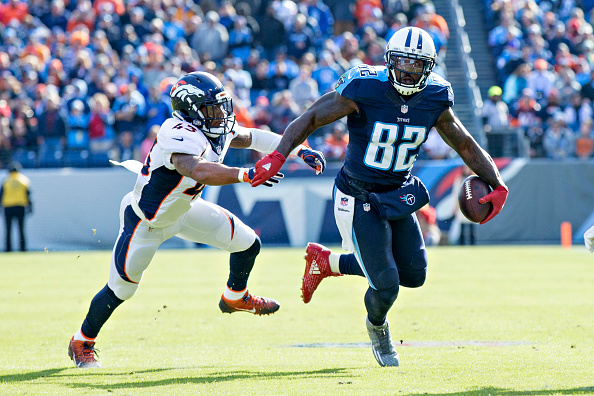 When the Tennessee Titans entered their Week 13 bye, the prospect of a gauntlet of big games to finish the regular season was right in their face upon their return. The challenge of back-to-back games against tough AFC West opponents in the midst of a tight race in the AFC South was expected to be too much for the Titans to handle.

The Titans erased some of the concerns over their demanding December schedule with an impressive defensive performance against the Denver Broncos on Sunday (to start their two-game slate, with their toughest opponents on their waiting list of foes). Defensive coordinator Dick LeBeau’s unit stepped up for the Titans in a big way in the second half, to hold onto a 13-0 halftime lead, despite plenty of opportunities for Trevor Siemian to execute a comeback for the Broncos.

Both offenses had woeful outings, but the focus postgame deserves to be on the tough-as-nails effort from the Tennessee defense to defend their end zone in the final 30 minutes of play, when their offense fell apart. After yielding several instances of good field position and scoring opportunities for the Broncos, the defense would hold every time through their secondary. Jason McCourty and Brice McCain led the way with several big plays when matched up with Denver receivers to put an end to Siemian’s recent run of statistical success.

The Denver offense struggled in Siemian’s return and now are in danger of missing the playoffs after winning the Super Bowl last season. At 8-5, the Broncos face the New England Patriots, Kansas City Chiefs, and Oakland Raiders to end the season. These are all games that will be difficult for a team that has had a suspect record against teams with winning records this season.

If the Broncos continue to struggle on offense as they did in today’s loss to a Titans team that has a good, but not great group of players, it will be time to point fingers at John Elway’s handling of the personnel on offense. The Broncos have just not been good enough to adequately defend their Super Bowl crown due to their need to develop two young quarterbacks, which is partly to blame on Elway after the departures of both Peyton Manning and Brock Osweiler.

It’s hard not to think the Broncos would win games like today’s in Tennessee with a better quarterback under center to finish drives and give them just enough points for their still elite defense. In 2016, the Broncos aren’t taking care of their defense when they drop a game in which they held their opponent to 13 points. With their aforementioned tough final slate, the Broncos could suffer an embarrassing fate if they fail to hold onto the second Wild Card spot in the AFC and miss the playoffs as defending champions.

On the positive side of the result, the Titans’ playoff odds were increased considerably through their win over the defending Super Bowl champs. At 7-6, the Titans remain tied with the Houston Texans for the AFC South lead, and if they can continue to grind out wins, could have a winner-take-all home game come Week 17 against Houston.

To make that happen, the Titans first needed to come up with a win against a playoff contender to stay in the race. With a win at home over the Broncos, the Titans can breathe a little easier when they head to Arrowhead to take on the Chiefs next week. An upset win over Kansas City would certainly help the Titans, especially with the Texans up against the lowly Jaguars. However, thanks to their win today, a loss to the Chiefs won’t completely sink their hopes of a division title. For the still-young and rebuilding Titans, to have a chance to make a run at January over the final three weeks is a dream after they had the second-worst record in the league just two years ago.

* The Miami Dolphins suffered a nightmare despite their big win over the Arizona Cardinals — to move to 8-5 — after Ryan Tannehill left with what is speculated to be a season-ending injury.

If Tannehill has an ACL injury, the impact would hurt the Dolphins both this season and in 2017, pending the return timetable for the quarterback.

* The struggles for Philadelphia Eagles quarterback Carson Wentz — after a hot start to his rookie season — continued in the team’s loss to Washington at home. Wentz fumbled on the final drive of the game after a sack where he held onto the ball for just a bit too long to avoid the pressure of the Washington pass rush.

Wentz was once filled with hype as the NFL’s top rookie quarterback, but has regressed over the course of the season, and is now firmly in the shadow of his NFC East rival in Dak Prescott of the Dallas Cowboys. Now at 5-8 while he endures a difficult end to his first season with the Eagles, Wentz is facing criticism after his time at the center of praise when things were going good. Patience should be preached with Wentz, but at the end stage of his rookie season it’s clear that he has plenty of work to do if he’s to become the savior in Philadelphia.

* Terrelle Pryor continues to draw the ire of opposing NFL cornerbacks after Cincinnati Bengals cornerback Pacman Jones opted to rip the Cleveland Browns wideout during his postgame media availability that followed the Bengals’ 23-10 win over the still winless Browns. Jones told reporters that Pryor is trash in no uncertain terms when he was asked about the wideout after the game:

Pacman had some words for Terrelle Pryor postgame

Pacman repeatedly answering "garbage" to every question about Pryor. Shakes trash can and says Pryor belongs in there. #Bengals

Pryor has won some people over in his first full season as a primary wide receiver, but it’s clear that his peers aren’t entirely convinced that he’s at a top level. With Pryor entering free agency, we’ll see where his real market value lies as a wideout in the eyes of NFL front offices. For now, the likes of Pacman Jones are not yet on the bandwagon of Pryor as a dangerous weapon at the wideout position, and aren’t afraid to make it known.