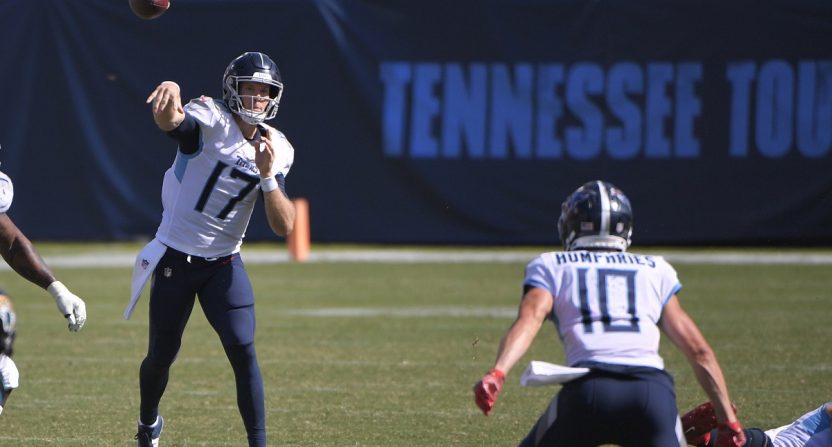 While the NFL originally hoped to postpone this week’s scheduled Titans-Steelers game to Monday or Tuesday, more positive test results this morning has forced their hand.

The NFL is rescheduling the #Steelers–#Titans game to later in the season after an additional Titans player and one personnel tested positive for COVID-19. It will not be played Week 4.

The #Titans‘ additional new positive cases came from Wednesday’s round of COVID-19 testing, I’m told. It brings the total to 11 — five players and six personnel — in addition to the coach who tested positive late last week. Their facility is closed until further notice.

The NFL officially confirmed the postponement with a statement, although there’s no word yet on when the game will be played:

​The Pittsburgh-Tennessee game scheduled for Week 4 will be rescheduled to later this season after one additional Titans player and one personnel member tested positive for COVID-19 today. An announcement of the new game date will be made shortly.

The decision to postpone the game was made to ensure the health and safety of players, coaches and game day personnel. The Titans facility will remain closed and the team will continue to have no in-person activities until further notice.

Obviously the “when” question now becomes important. There would seem to be two options.

The first is to play the game during Week 7, which is the Titans bye week. As many have pointed out, the Steelers and Ravens are set to play that week before both teams have their own scheduled byes in Week 8; moving Pittsburgh-Baltimore back to Week 8, playing Pittsburgh-Tennessee in Week 7, and giving the Ravens a Week 7 bye would allow things to continue without any other disruptions.

It would mean that both Tennessee and Pittsburgh would have Week 4 byes, which is obviously not ideal, but this would seem like the most likely scenario the NFL tries for.

The other option would be to condense the playoff schedule by removing the off-week between the conference championship games and the Super Bowl, and adding a Week 18 of the regular season where any games that have to be made up can be played. This becomes the more workable option if the league is anticipating that other games might have to be postponed at some point during the season, which might honestly be the safe bet at this point, all things considered.

In any case, there will be no Titans-Steelers this weekend, so adjust your fantasy rosters accordingly.