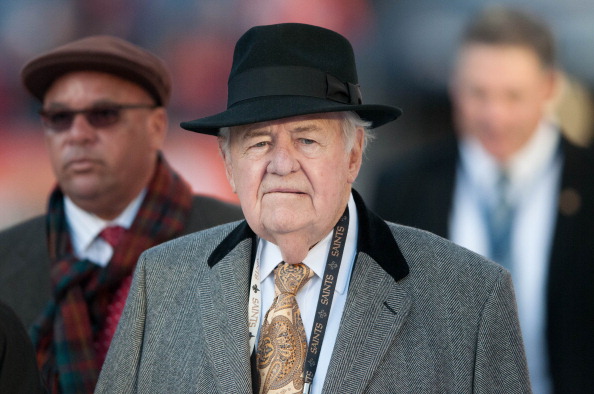 There comes a time in everyone’s life when they simply become too old to be doing certain things, but age is not something Tom Benson believes will get in the way of him and owning the NFL’s New Orleans Saints and NBA’s New Orleans Pelicans.

This story begins with a column by Jeff Duncan for The Times Picayune that ran this weekend, in which Duncan writes a letter to Benson and suggests directly to the owner of both franchises that selling would allow for the best possible outcome for each team and would be best for the city of New Orleans.

I don’t pretend to know the legal implications of a sale. But I do know where there’s a will there’s a way. The legal experts I have spoken with say it can be done, as long as everyone is on board. And frankly, at this point, it would be self-serving to do anything otherwise.

Selling is the best outcome for the teams.

It is best for the city.

It is best for your mental and physical well-being.

And it is best for your legacy.

Duncan later goes on to claim the Saints belong to the city of New Orleans by taking a statement from former NFL commissioner Pete Rozelle as literal fact. This column did not go unnoticed by Benson, who fired back on Monday with a statement of his own;

“I rarely respond to preposterous media reports as I understand them to be part of our business,” Benson’s statement said. “However, I respond tonight only for the benefit of our fans. … They deserve better than to read this scurrilous story, which the editors of the TP decided to blast on the front page.”

“What strikes me the most is the pure irony of the Times Picayune imploring me to sell for the benefit of the city,” the statement continued. “I recall in May, 2012, reaching out to the Newhouse family, imploring them to sell to me or other local ownership as they threatened to become and then became a part-time newspaper. Since then the newspaper has done nothing but layoff (sic) staff and move operations out of town.

“I take great pride in promoting New Orleans as a big league city – securing a record number of Super Bowls, getting naming rights deals for both the Superdome and arena, and infusing millions of tax revenue into our state’s general fund,” the statement said. “This is on top of the large investments I have made in this city, and I will soon announce more major projects.”

Benson’s health has come into question at times, as it does often when people reach a certain age. Benson’s family has taken on a number of lawsuits as estranged heirs have challenged Benson’s mental competency, which has been ruled in the owner’s favor by a civil district judge. So, for now, Benson remains owner of the Saints and Pelicans, and no newspaper is going to convince him to do otherwise.