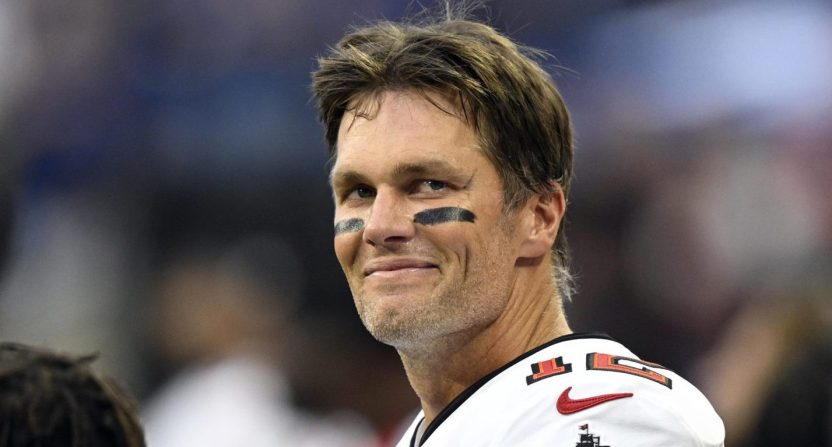 When Tom Brady took a mysterious absence away from Tampa Bay Buccaneers preseason camp earlier this month, many assumed we would learn about the seven-time Super Bowl winner’s whereabouts once he returned to the team. However, Brady is back, and he’s still not giving any real answers.

Following Brady’s preseason appearance against the Indianapolis Colts on Saturday, the Tampa Bay quarterback met with the media for his first public comments since leaving the team’s camp. While Brady was asked about his absence, he gave only a vague response, according to a video shared by Ari Meirov.

Tom Brady on leaving the Bucs for 11 days during camp:

“It’s all personal,” Brady said, via video from the team. “You know everyone’s got different situations they’re dealing with. So, we all have really unique challenges to our life. I’m 45 years old, man. There’s a lot of sh*t going on. You’ve just got to try to figure out life the best you can. It’s a continuous process.”

There are plenty of theories about Brady’s whereabouts during his brief absence from team camp, but the most prominent and outlandish one is a Reddit theory that Brady left to be a contestant on the Fox television show The Masked Singer. While Brady denied that rumor, a leaked video from the upcoming season of the show has given the theory new life.

Brady’s most recent comments sure aren’t going to address any remaining speculation.