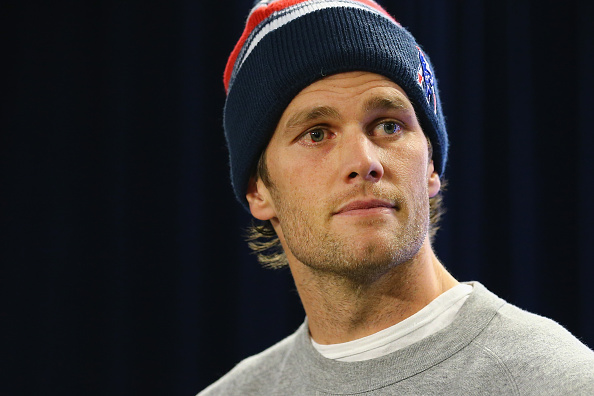 Two days after Tom Brady’s appeal to the United States Appeals Court to reconsider “Deflategate” was refused, the New England Patriots quarterback is dropping his lawsuit against the NFL.

Tom Brady announced he is no longer proceeding with legal process vs NFL.

I’m very grateful for the overwhelming support I’ve received from Mr. Kraft, the Kraft family, coach Belichick, my coaches and teammates, the NFLPA, my agents, my loving family and most of all, our fans. It has been a challenging 18 months and I have made the difficult decision to no longer proceed with the legal process. I’m going to work hard to be the best player I can be for the New England Patriots and I look forward to having the opportunity to return to the field this fall.

The NFLPA also released a statement:

Statement just in from the NFLPA on Brady’s decision #wcvb pic.twitter.com/s3zkq8V8ax

As a result of the move, Brady is accepting that he will be suspended for the first four games of the 2016 NFL season.

Brady could have requested a stay from the Second Circuit Court or appealed the decision one more time to the U.S. Supreme Court. However, it was considered unlikely that  Justice Ruth Bader Ginsberg, who handles appeals from the Second Circuit, would have accepted it. Brady also had to consider that if he continued his appeal but eventually lost, his suspension could have been shifted from the first four games to much more critical games in November or December.

Our own Brad Gagnon wrote yesterday that dropping the case was Brady’s best bet at this point. Guess he was reading…

Dropping it all, right now, might be Brady’s most prudent strategy. The court of public opinion has already rendered its verdicts and the NFL has yet another black eye. This is no longer about proving a point, because that’s been accomplished. This battle is now solely about Brady trying to avoid having to miss four games. But if he keeps fighting, he risks taking an image hit of his own while also increasing the risk of hurting his own team.

The Patriots will turn to Jimmy Garoppolo to hold down the fort during Brady’s suspension, which include three home games against  Miami, Houston and Buffalo as well as one road contest at Arizona. It’s not the kind of murderer’s row that should kneecap New England’s season and by the time the suspension is over we might find that it didn’t have as much effect as many have expected.

Not to mention that Brady’s first game back might as well be an exhibition contest. Good timing.