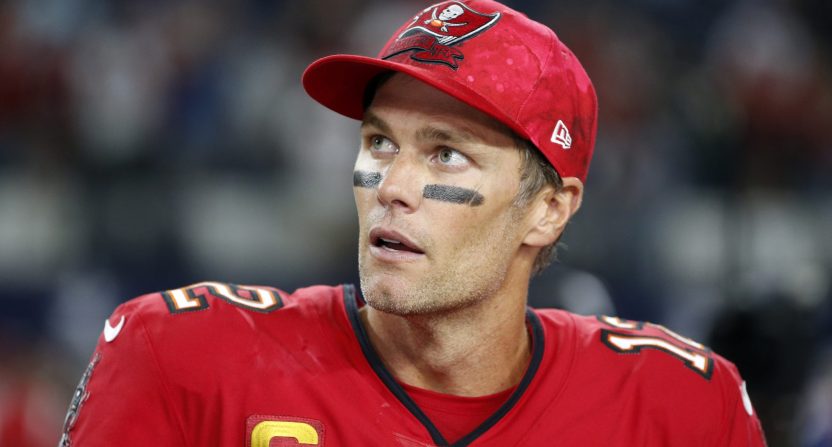 According to reports, the drama between Tom Brady and Gisele Bündchen over his return to the NFL after announcing his retirement may have found its compromise.

NFL Network’s Ian Rapoport reported Sunday that the Tampa Bay Buccaneers quarterback and his wife may have worked out a compromise on his NFL career to save his career. Per Rapoport, Brady “took Wednesday off this past week, with it listed as a rest day” and that he would continue to take Wednesdays off for the rest of the season.

#Bucs QB Tom Brady will receive a veteran rest/personal day every Wednesday during the season, sources say. A new reality for the 45-year old.

As Rapoport notes, while Brady has taken off a Thursday here and there, this is the first time he’s ever consistently taken off a day every week from practice.

Bucs coach Todd Bowles confirmed that report on Monday, saying that there were a few players on the team who had a dedicated day off, though that list was reserved for Tampa’s top performers.

Bucs coach Todd Bowles confirmed an earlier report that Tom Brady takes a maintenance day every Wednesday. Chris Godwin has one on Thursday while Mike Evans and Lavonte David do not practice on Friday. "It's not just (Brady). We have designated days off after games,'' Bowles said

While Bowles tried to downplay the revelation, it certainly sounded to a lot of people like a way for Brady to spend more time with his family while also continuing to pursue his playing career.

There has been so much reported drama between the couple and it has been said that Brady understands that there is an ultimatum ahead of him about his future.

Of course, there’s also the fact that the 45-year-old is dealing with the tough effects of the game on his body (and face) and he’s already got a hand injury to keep an eye on.

The point is that there are a lot of reasons why it makes sense for Brady to rest during the week. But, yes, it does seem like opening up a day to spend with the family sounds like a smart move for him, regardless of the reason.