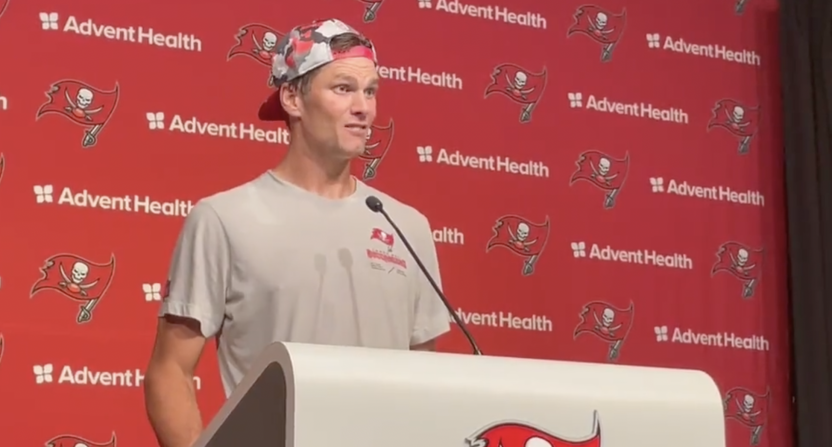 With so much drama happening in his life off the field, Tampa Bay Buccaneers quarterback Tom Brady can at least find solace in the handful of hours he gets to play football on Sunday. In spite of a shoulder injury, it sounds like he’ll be able to do that this weekend against the Pittsburgh Steelers.

Brady, who returned to the practice field on Thursday, was asked by reporters how his shoulder was feeling and whether or not he might be good to go for Sunday.

Tom Brady, asked about his shoulder: “Good. It feels great. Thanks for asking. I’ll be there Sunday.” pic.twitter.com/lm2a38HTux

“Good. It feels great. Thanks for asking,” said Brady on his shoulder. “I’ll be there Sunday.”

This is just the latest in a series of injuries and body issues that have plagued Brady since he returned from his very brief retirement.

Of course, very few people were surprised to hear Brady say he’ll be there on Sunday. While injuries kept him out of practice earlier in the week, NFL insider Ian Rapoport already said on Tuesday that the quarterback “is going to be okay,” and that the injuries he sustained should not drastically affect his play.

As for the ongoing drama off the field involving his wife Gisele Bündchen and divorce lawyers, that’s another story.