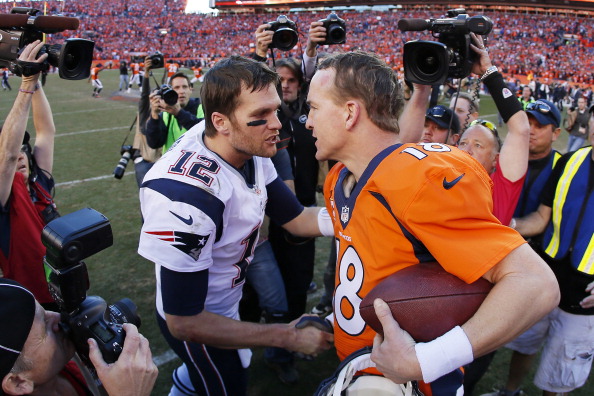 The long-standing rivalry between Tom Brady and Peyton Manning is well-documented, but Brady is now coming to the support of his long-time adversary on the field. During a radio appearance on WEEI this Monday morning, Brady was asked about Manning being connected to an Al Jazeera report suggesting the future Hall of Fame passer used performance-enhancing drugs in 2011. Brady said he fully supported Manning.

“I have a lot of personal thoughts that really are personal to me,” Brady said. “Peyton, I would consider him a good friend. You hate to see your good friends go through anything like that. He’s been a great player for this league, for his teams, for his organizations. He’s been one of the best players to ever play the game. Nobody has more respect for Peyton than I do, and everything that he’s accomplished. There’s always challenging times, but he’s a tough guy. I know that. He’s a very mentally and physically tough guy.”

Added Brady: “I fully support Peyton. My friendship with him over the years, he’s a guy that I can always count on, and has been someone that’s always been so supportive of me. We’ll have lifelong friendships. Truthfully I don’t put much into anything. I have a lot of friends, I have a lot of support, and he is the same. I’m a big fan and supporter of his. That’s how I really feel about everything.”

What makes this interesting is Manning did not exactly go to bat for Brady when the Patriots quarterback was going through his whole Deflategate experience. When asked about Brady and the allegedly deflated footballs New England was using, Manning noted the two were friends but that was about it.

“Like I said, I’ll speak it as clearly and slowly as I can. He’s my friend, he’ll always be my friend, Manning said back in May. “I don’t know what happened, I don’t have much more than that for you.”

Manning has denied the information in the Al Jazeera report and both the Denver Broncos and Indianapolis Colts each released statements backing Manning. The Broncos quarterback has also said that he is considering suing the media outlet over their claims.