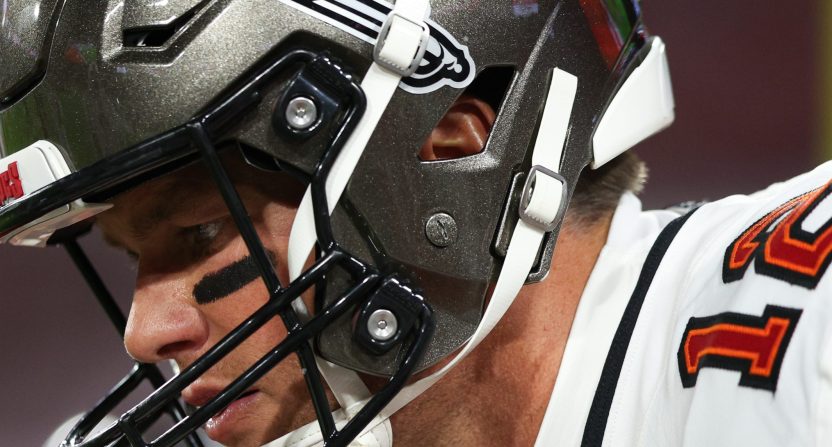 Tom Brady will appeal a fine that the NFL issued the legendary quarterback earlier this week.

The ongoing saga between Brady and the NFL stems from an incident that took place in the Wild Card round. The Tampa Bay Buccaneers went low on Dallas Cowboys defensive back Malik Hooker and tripped him. That resulted in a $16,444 fine for the seven-time Super Bowl Champion quarterback.

Brady’s appeal comes as no surprise. The legendary QB spoke about his decision to make the move against the NFL on his Let’s Go! podcast series.

“I’m a little disappointed, though, because I tried to tackle [Hooker] with my right shoulder and missed him,” Brady said via JoeBucsFan.com. “And I wasn’t going to try to stick my arm out, so I was trying to get him on the ground. I missed him completely. I didn’t even hit him. I tried to trip him but I didn’t. So, I don’t know how you can get fined for something that didn’t even happen.”

Brady continued to voice his frustration. “Are they fining an intention? It’s like targeting and you miss the person you hit, and they still call it targeting.”

Then, Brady launched a shot at the NFL Players’ Association. “So I got to figure out and understand why this is the case. This is why I wish our NFLPA was stronger,” he said.

It doesn’t sound like Tom Brady will be going away quietly after this incident.