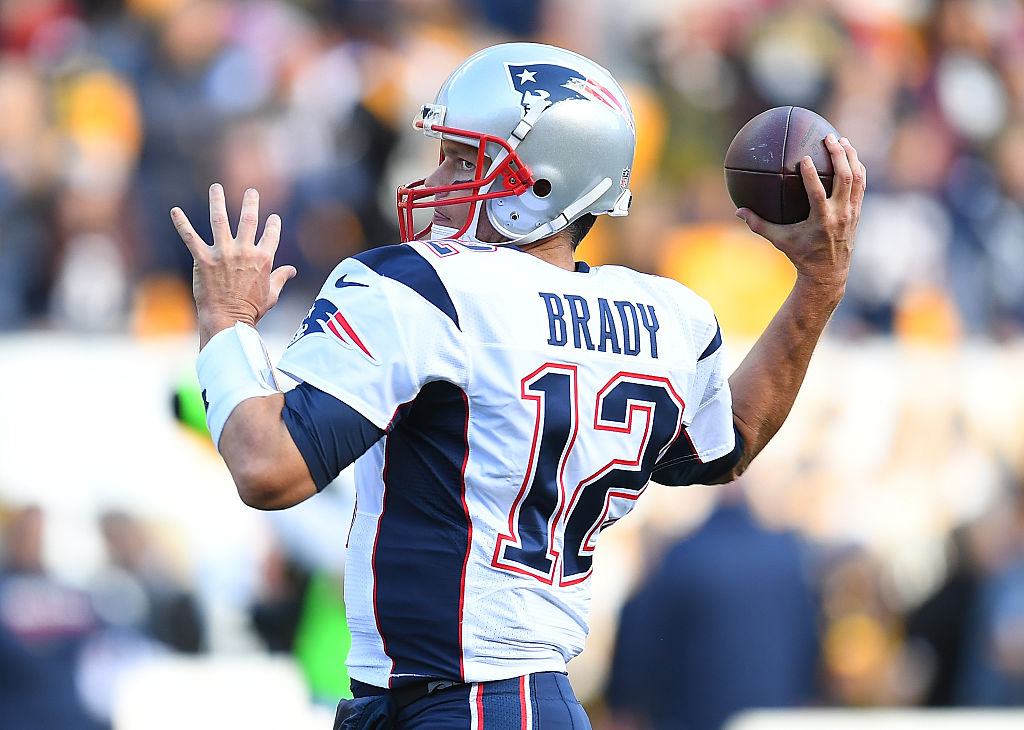 In today’s world, athletes now need to come out and publicly say they are against domestic violence. If they don’t they’ll be asked their opinion on it. It seems silly because a serious issue like this nobody should have any sort of respect for.

With the Josh Brown situation spiraling out of control and looking worse every day for the NFL, one of the league’s star players has now come out to condemn domestic violence and in a way, take a shot at the NFL.

Over the last two years, Tom Brady engaged in an intense legal battle over the inflation levels of footballs during the 2015 AFC Championship game. The end result was Brady was suspended four games while Josh Brown, who the NFL knew beat his wife, was suspended for one game.

“I grew up with three sisters, I was very fortunate to learn from a loving father and a loving mother how to treat and respect women,” Brady said. “I have a daughter of my own and domestic violence is a horrible issue. It’s a tragedy when it happens. Any type of abuse or bullying of people who can’t defend or fight for themselves, I have no respect for that. Like I said, the NFL, they claim to take tough stances and this is their situation. This is their situation to deal with. I’ll let them deal with it. Like I said, I was very fortunate to grow up with sisters, a mother — I condone no part of that. That is absolutely something I would never be a part of or do. It’s a terrible tragedy.”

Those are strong comments from Brady. The New England Patriots’ quarterback is one of the best players in the league, so for him to take a shot like this at the NFL could go a long way. While Brady didn’t explicitly say “the NFL messed the Brown situation up,” he did hint at it by stating the NFL claims “to take tough stances and this is their situation.”

Circling back to the suspensions for Brown and Brady, the Patriots’ quarterback was asked about the two and if it was frustrating for him to receive a longer suspension than someone who admitted to charges of domestic violence.

“I think it is the league’s issue,” Brady said. “Obviously, there is a lot of controversy with that. I’m trying to stay out of all that. I will let them handle it. I think that is their responsibility. I certainly don’t condone any part of domestic violence. I think it is a terrible, terrible thing. I think the league, they have to handle those types of things.”

“I’m just going to stay in my lane. Like I said, it’s up to them to decide whatever they want to do. I’m just going to try try and stay out of any kind of my opinion. I certainly have opinions, I just don’t really care to share them,” Brady added.

The issue of suspension length has been prominent since the Ray Rice scandal exploded onto the scene in 2014. At the time, Rice’s original suspension length of two games was criticized in comparison to much longer suspensions for marijuana usage. Those same arguments are being made by the same critics now in regards to Brown’s suspension compared to Brady’s.

What makes this situation as a whole odd is the ongoing Presidential election. While he hasn’t come out and explicitly endorsed Donald Trump for President, Tom Brady has been brought up by Trump as a great friend and Brady was seen wearing a “Make America Great Again” hat.

With everything that has emerged about Trump’s alleged sexual assault cases, it’s odd for Brady to take such a public stand against domestic violence, but not clarify his stance on the Republican candidate for President.