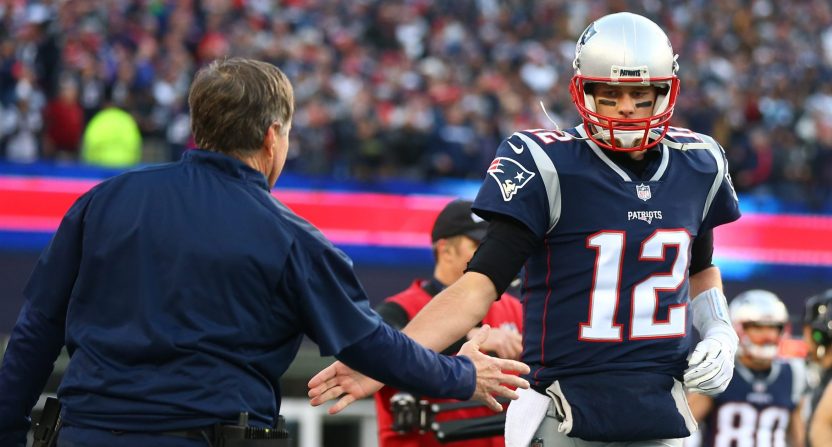 Bill Belichick and Tom Brady set their own personal feelings for each other aside in order to achieve success but the reported rocky relationship eventually resulted in Brady setting off to Tampa Bay.

If Brady had stayed with the Patriots and gave Robert Kraft one of those “it’s him or me” ultimatums, things could’ve looked very different in Foxborough. In a discussion about if there is going to be a head coaching change in Tampa, The MMQB’s Albert Breer dismissed the idea that Bruce Arians would be replaced but did say that Brady was set to have Bill O’Brien replace Belichick in 2017.

.@AlbertBreer doesn't expect a coaching change in Tampa at this point, but if there is one, expect Tom Brady to push for a familiar face in New England 👀 pic.twitter.com/Sq1DNnUceO

That obviously didn’t happen and not only did Brady win NFL MVP in 2017, the Patriots won the Super Bowl the next year. Whether or not that actually had a chance of happening, Patriots fans were probably okay with the fact that it didn’t.