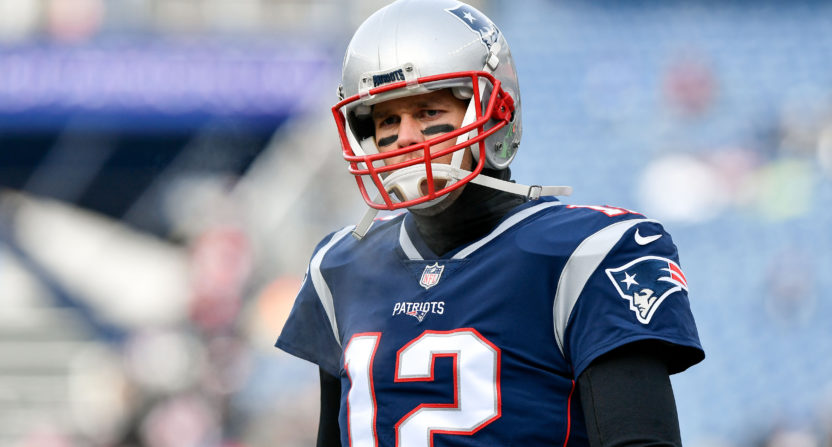 Other than Tom Brady and Bill Belichick, no name appeared more often in ESPN’s story of tension in Patriots-land than that of Alex Guerrero, the controversial trainer who has become a business partner and confidant to Brady. Per ESPN, it was Guerrero more than anyone who drove a wedge between Brady and Belichick, angering the coach by turning players against team trainers and declining to treat back-up quarterback Jimmy Garoppolo.

On Friday afternoon, hours after ESPN’s story dropped, Guerrero, who has often been criticized for his unusual medical methods, issued a statement explaining that 1.) He is not a witch doctor and 2.) He “never tried to create divisiveness or conflict.”

I get that many of my beliefs are not mainstream and I know they may differ from others’.  But they reflect my experience from over 22 years of practice working with some of the best athletes in the world.  I understand that some people may disagree with me about how to treat injuries or how to train in order to maximize potential.  I welcome this and think it is normal and healthy in all careers, because it helps everyone learn, grow, and improve.

Throughout my career I have been blessed to work with many remarkable athletes in a variety of sports.  With every one of these clients, my only goal has been to help them bring forth positive changes in their body & mind.  I have always tried to be respectful of the staff each player answers to, and I have never tried to create divisiveness or conflict.  My ultimate goal has always been to do my very best to help the player get back on the field and help their team.  I have never had any motive other than that.  My approach is and always has been to give people information based on my beliefs — then let them follow their own path toward what they believe works best for them.  Ultimately every decision is up to each individual athlete.

In the statement, Guerrero went on to explain his friendship with Brady and to thank “Robert Kraft and his coaches and staff” for allowing him to treat their players. He did not mention Belichick by name.

We obviously can’t know for sure whether Guerrero attempted to create divisiveness, but we do know that the Patriots banned him from meetings involving medical records in 2014 and then kicked him off their sideline this past December.

As for the idea that Guerrero’s beliefs are wacky, outrageous and short on factual backing, that’s pretty much beyond debate at this point. He has been sued for fraud and sanctioned by the Federal Trade Commission, and he has repeatedly failed to provide persuasive scientific evidence for the TB12 Method he and Brady have aggressively marketed. Essentially, the guy’s whole career is predicated on the fact Tom Brady is good at football.

The Patriots’ current 17-year run is one of the most impressive in the history of American sports. The fact it could apparently end because of a phony doctor’s feud with a Hall of Fame coach is somewhere between funny and tragic.