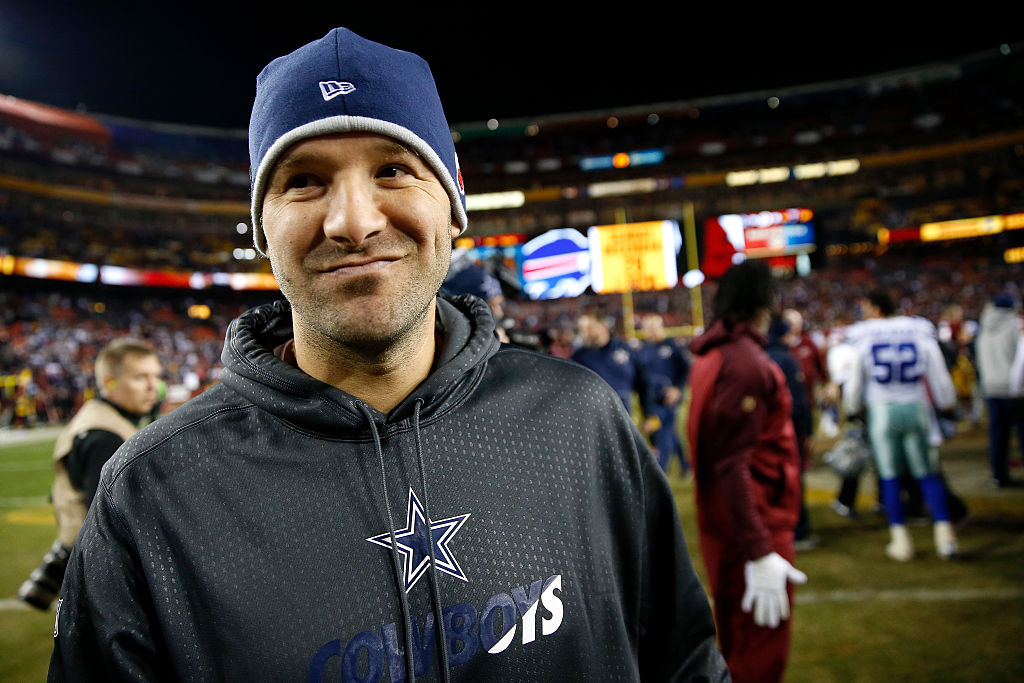 Over the weekend, veteran Dallas Cowboys quarterback Tony Romo made his way out to training camp with little idea of what was about to happen. Someone snapped a photo of Romo looking like he ate his way through the offseason without any training.

Needless to say it went viral to a level little quarterback weight stories have ever gone before. Even the portliest of portly quarterbacks, Jared Lorenzen, had to poke fun of the way Romo looked in the picture.

I see ya #TonyRomo looking good out there. Glad to see our training went well this off season. #fatmantweet pic.twitter.com/gWmmSy2SNO

However, Cowboys fans need not worry over the size of their starting QB because the reality is much different than the angle that the picture caught Romo at. Instead, team officials and Romo himself note he is in the best shape of his career.

“Yeah, it’s the best off-season I’ve had in a long time,” Romo said. “Just to be able to do all of the stuff you’re not always able to do. Obviously, camp is a lot more days in a row. Everything has been going good. We’ve just got to keep getting stronger and keep getting better.”

At least Romo has been able to laugh off the rumor mill and the viral nature of just that one picture of him heading into training camp this weekend.

“I think I have gone through enough criticism in my career that that is the least of my worries,” Romo said with a smile Monday while speaking to the media for the first time since the opening of training camp. “Granted, if I was that big, we would have to have some talks. But I think I will be all right.”

A healthy and in shape Romo is likely to be music to the ears of the Cowboys coaching staff, front office and fans. Last season Romo missed 12 games thanks to a twice-broken collar bone and his team struggled unlike we’ve ever seen before.

Dallas went just 1-11 with him out of action and finished just 4-12 overall last season, so hitting the reset button this year is necessary all the way around for the Cowboys.

At least they aren’t also dealing with a quarterback who sulked while dealing with injury and reported to camp completely out of shape…or did they?