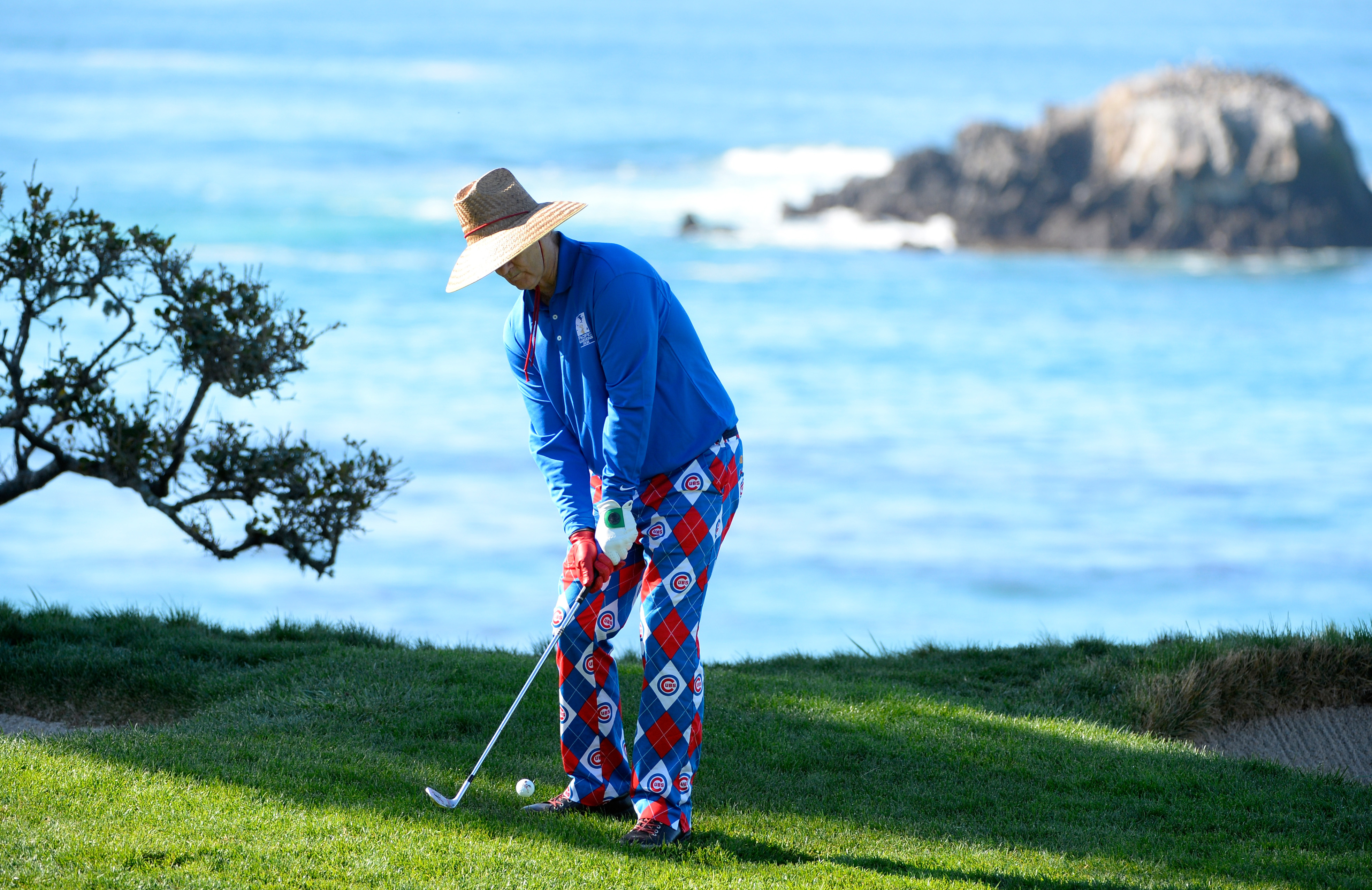 CBS Sports football analyst Tony Romo had one of the best rookie years anyone in sports broadcasting has ever had. He drew plaudits all season long for not just his enthusiasm in the booth (which was taken up to an 11 in some moments like the AFC Championship game), but also for his ability to analyze and predict different plays. Romo turned out to be a great hire for CBS and someone who should be around for a long time.

While football broadcasting is Romo’s career now and his playing days on the gridiron are done, it may have opened the door for him to spend some more time on the other sport he loves: golf.

Romo’s passion for golf is no secret and he’s consistently tried his hand at US Open qualifying. Now he’ll be taking his golfing career to the next level as he’s earned a sponsor’s exemption for a real-life PGA Tour event in the Dominican Republic. The former Cowboys quarterback will be teeing it up in the Corales Puntacana Resort & Club Championship in March.

Here’s more from the PGA Tour:

Tony Romo, the former Dallas Cowboys quarterback and current lead analyst for the NFL ON CBS, will compete in the PGA TOUR’s Corales Puntacana Resort & Club Championship (March 19-25, 2018) in Punta Cana, Dominican Republic as a sponsor exemption. The Corales Puntacana Resort & Club Championship is a first-year PGA TOUR event in 2018, previously having a two-year run as a Web.com Tour event.

Playing as an amateur participant with professional partner Will Zalatoris in the AT&T Pebble Beach Pro-Am this week, Romo revealed during a press conference Wednesday that he has received a sponsor exemption to the new PGA TOUR event, which carries a purse of $3 million and will be broadcast on Golf Channel. Romo will compete as an amateur in the Corales Puntacana Resort & Club Championship.

“As a professional athlete, the love and thrill of competition never entirely leaves you,” said Romo. “Outside of my family and football, golf is one of my greatest passions. So, playing and competing in a PGA TOUR event is a dream come true. I am grateful to the Corales Puntacana Resort & Club Championship for giving me an incredible opportunity to test my skills against some of the best on TOUR.”

The Corales Puntacana Resort & Club Championship will be the first official PGA TOUR event in which Romo will compete as an individual against PGA TOUR professionals in the same competition.

Romo’s entry into the field in the Dominican comes with the caveat that this is an opposite field event for the tour. Most of the top golfers in the world will be playing in the World Golf Championships Match Play event. This means that the competition won’t be as stiff for Romo. And it puts Romo’s effort more on par with Steph Curry getting a sponsor’s exemption to play in a Web.com tour event last year than getting into the field for a major.

The same criticism will come towards Romo from people on tour as it did for Curry — that he’s only there as a celebrity attraction and is taking a spot from someone actually deserving. That’s hard to argue with from a practical point of view, but this is the first time this tournament has been played on the PGA Tour after moving up from the Web.com Tour.

The whole point of sponsor’s exemptions is to bring more attention to the tournament, which Romo will certainly do. He’s going to have to play very well, though, to acquit himself as well as Curry did. The Golden State Warriors star shot a respectable 74-74 before missing the cut on the Web.com Tour.

Interestingly enough, Romo’s broadcast partner Jim Nantz predicted that this was coming last month. Nantz also said Romo could join him in the CBS Sports golf booth at some point in the not-too-distant future. Who wouldn’t love to hear his excitable commentary on the 13th hole at Augusta at the Masters this year? And with a PGA Tour event under his belt, it would at least give him some extra credibility with golf fans.

Correction: this post’s headline initially had the tournament in Puerto Rico, not the Dominican Republic.