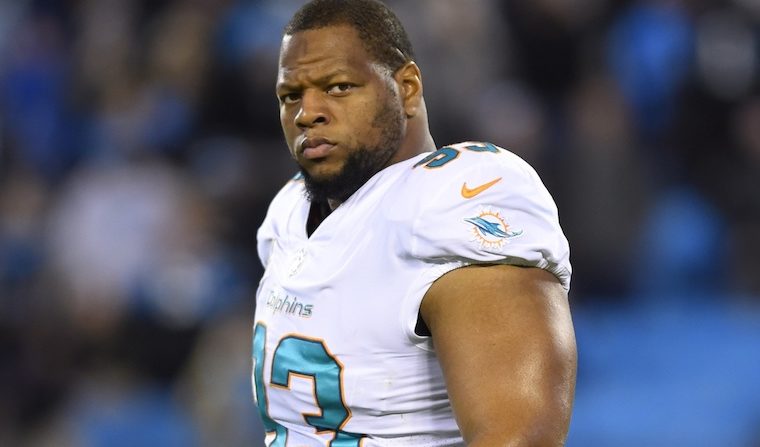 What matters is unrestricted free agents have been flying off the board all week (more than 100 have signed already), and although several veterans have been cut to beef up the UFA list, it’s still looking quite barren as we embark on the first morning in which all free agents can freely sign with whomever they’d like without breaking any rules.

Here’s a look at the top 10 UFAs still on the market as we wake up for the first time in the 2018 league year.

1. DT Ndamukong Suh: The still-dominant five-time Pro Bowler is likely to sign with a team that has a chance to contend. After all, he’s 31.

2. S Tyrann Mathieu: His injury history could scare teams off a little, but the Honey Badger is still just 25 and has an All-Pro nod on his resume. Someone will give him big bucks.

3. DT Sheldon Richardson: He’s coming off a strong, under-the-radar season in Seattle and has the ability to transform another front seven in the right setting.

4. TE Eric Ebron: Cut free by the Lions on Wednesday, the 2014 No. 10 overall pick is still just 24 years old and coming off his first healthy season out of four. Someone will pay him big for his potential.

5. WR Jordy Nelson: Recently released by the Packers, the 31-year-old has caught at least 60 percent of the passes thrown his way in all 10 of his NFL seasons. He’s not the player he used to be, but he’d help a team like the Raiders or Seahawks quite a bit.

6. OL Justin Pugh: The versatile, high-upside tackle/guard can be dominant if he’s able to stay healthy and is kept in one spot (ideally right tackle).

7. CB Rashaan Melvin: The 28-year-old broke out with three interceptions in just 10 games in 2017. Per PFF, opposing quarterbacks had a passer rating of just 60.3 when throwing his way.

8. DT Dontari Poe: The steady 27-year-old former first-round pick hasn’t missed a start in two years and is coming off another solid season as an interior rusher.