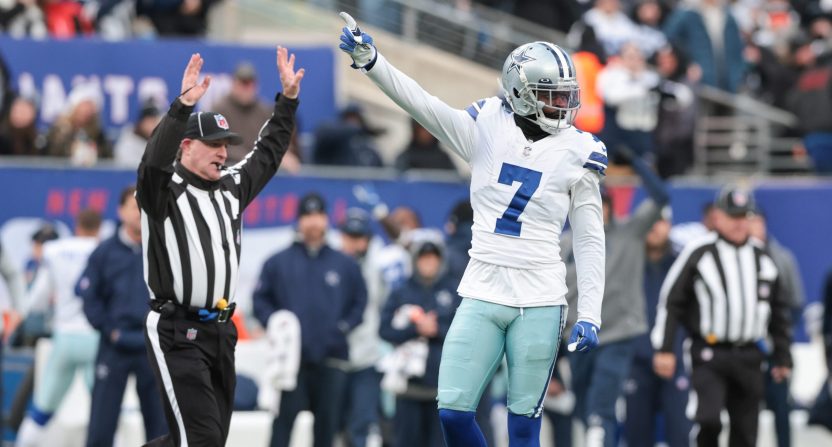 The Dallas Cowboys will have Cooper Rush as their starting quarterback for at least the next month as they wait to see how soon Dak Prescott can recover from his thumb injury and surgery.

The big question is whether or not Rush, who has only ever started one NFL game before, will be able to handle the stress and speed of a full game, let alone be their offensive leader for at least the next month. Considering he wasn’t even on the active roster until late last week, there are plenty of concerns out there.

“I know he can hold it down. I practice with him every day,” said Diggs. “Everyone just needs to help each other out, be each other’s anchor. Offense help the defense, defense help the offense as much as they can.”

Dallas needs to rally around the new starter while he needs to limit mistakes while also stepping into a leadership role. We’ll get a good sense of how that will play out this weekend when the Cowboys host the Cincinnati Bengals.