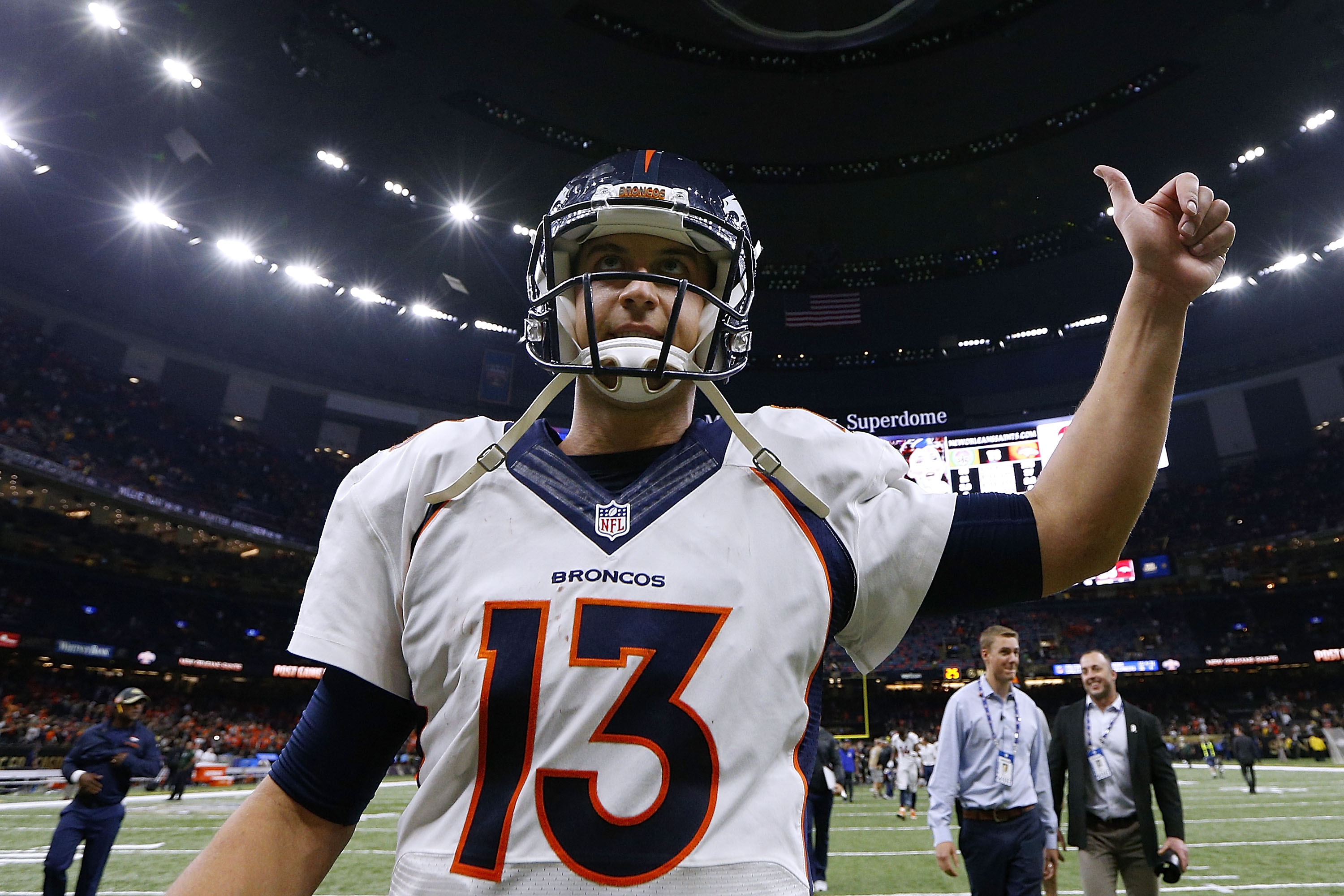 Quarterbacks, and particularly the money paid them, have been a popular topic of discussion when it comes to the 2016 NFL season.

On one hand, there’s the growing feeling that the Houston Texans acted out of desperation and not logic when giving Brock Osweiler a four-year, $72 million contract after starting only seven games for the Denver Broncos. On the other, there’s what Washington may do with their rising-star passer, Kirk Cousins. Cousins, currently on the franchise tag worth $19.953 million, could see the tag again in 2017. Either that, or he will be getting far more than $25 million in a long-term contract, either from Washington or another team willing to pay that price.

While the Texans try to mask their buyer’s remorse and Washington tries to find the best path to walk regarding Cousins’ compensation, the Broncos, Osweiler’s former team, are basking in the glow of having found value at the quarterback position. It appears that Broncos general manager John Elway, himself a former quarterback, knows a thing or two about not just identifying talent but doing so on the cheap.

Denver’s Trevor Siemian isn’t Cousins, to be sure. Cousins is second in the league in passing yardage, has thrown 20 touchdowns to seven interceptions and ranks sixth in quarterback rating. But he’s not Osweiler, either. The former Bronco is boasting a quarterback rating of just 72.7, has completed only 59.5 percent of his passes, and has 12 touchdowns thrown to 13 interceptions. Meanwhile, his replacement, Siemian (a 2015 seventh-round draft pick, it should be noted) has a 60 percent completion percentage, 15 touchdowns to seven interceptions, and even has four fourth-quarter comebacks and two game-winning drives. Though his 2,396 yards are just over Osweiler’s 2,307, Siemian has attempted only 325 passes compared to Brock’s 400.

The good news for Denver is that Siemian is under contract through the 2018 season and is set to make just over $2.3 million total in four years. He currently has a cap hit of $538,195, with $525,000 of that in base salary; that cap hit rises to only $628,195 next year and then maxes out at $718,198 in 2018 before he becomes a free agent and he can finally earn a big payout. Now that payout hinges on whether or not he continues to play well for a general manager who has shown repeated willingness to make moves at the position in order to improve in the win column (see Tebow, Tim) as well as a reticence to overpay someone who isn’t worth it (Osweiler). But even if Siemian improves, the Broncos can put off negotiations until the 11th hour. There’s no need for them to jump into paying him before his current contract expires if they so choose.

Trevor SIEMIAN is the definition of CLUTCH in this game. 76 yards

That means the Broncos can focus their money elsewhere, such as keeping their high-level defense together or paying wideouts and offensive linemen to help Siemian’s cause. This can lead to the Broncos maintaining a well-rounded and top-caliber roster that continues to contend in the AFC West and on the short list of Super Bowl favorites.

Osweiler, meanwhile, is costing the Texans $12 million this year, but that jumps to $19 million next year. So while as of right now, the Texans have $4.9 million in cap space and the Broncos have $8.8 million, next year those numbers are projected to be $13.2 million and $37.2 million, respectively. Now, both of those figures are very much subject to change but one thing isn’t: Denver will have room to grow the roster and pay its free agents. The Texans won’t have as much freedom in that area, and the quarterback cap hit is a major reason for it.

In a few years, Siemian may have the same opportunity to bet on himself that Cousins embraced this season by signing the franchise tag and trusting that his 2016 performance would be such that he can find himself among the highest-paid at his position in 2017. So far, that is working, and it’s something that Siemian should be watching very closely. The two have much in common. Cousins’ first contract, inked in 2012, totaled $2.57 million, not much more than what Siemian’s current deal is worth. Cousins essentially played himself into the starting job in Washington a year ago, much as Siemian did over the summer, beating out once-assumed starter Mark Sanchez (who isn’t even in Denver anymore). And the pair have, thus far, outperformed expectations.

Siemian is inexpensive, for now. And there may be nothing a football team—or rather, its executives—like more than a discount quarterback playing better than other teams’ more expensive and established veterans. While some day Siemian could be more expensive as he becomes even more established, the Broncos will certainly take what they have now, especially when paired with having dodged The Osweiler Problem that Houston has brought upon itself.