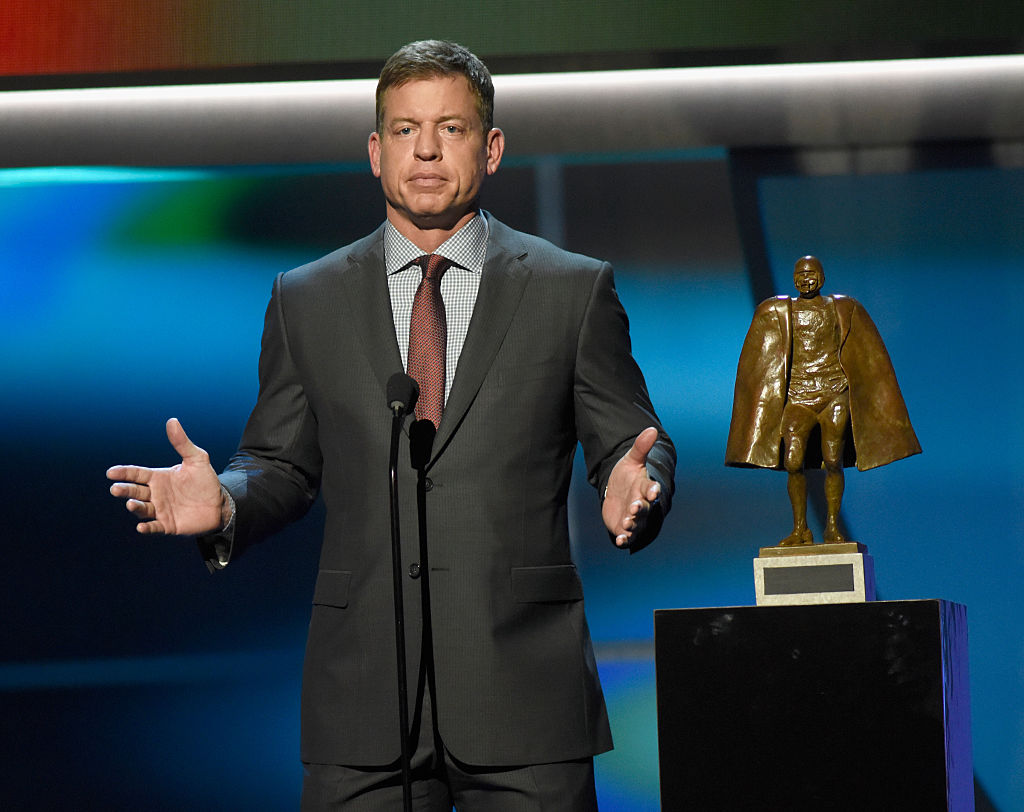 Troy Aikman famously played his entire career with the Dallas Cowboys, retiring after the 2000 season. But during a radio interview on Thursday, Aikman revealed that he almost came out of retirement in 2002, after a phone call from Andy Reid.

The interview was with KTCK-AM in Dallas, and was detailed by the Dallas News:

“So I retired, got into broadcasting. Then it was two years later when I got a call from Andy Reid in the middle of a game that I was broadcasting after Donovan McNabb had broken his leg,” Aikman said. “He wanted me to sign with Philadelphia and come out of retirement right then and go to work for them.

“And I gave it some consideration – actually I told Andy I was going to sleep on it and call him in the morning.”

That would have been some story at the time, though Aikman had various health concerns to weigh, including a lengthy concussion history. Ultimately, he said no, but not before seeking counsel:

“I called my producer at Fox and asked him what he thought my career was long-term in television. Then I called [former Cowboys offensive coordinator] Norv Turner and talked to him about it from the football perspective.

“And I woke up the next morning and I just thought, ‘Man, is this something I really want to do?’ And I decided against it. So I called Andy and said, ‘Look. I appreciate the interest, but I’m going to stay put and best of luck.’

“And they ended up going on and having success with A.J. Feely. And ultimately they made it to the NFC championship game that year.”

And though he didn’t return then, that didn’t stop him from nearly coming back on two other occasions, once with the Chargers after he was waived by the Cowboys, and then again in 2003 with the Dave Wannstedt-led Miami Dolphins. According to Aikman, the Miami opportunity was the one he considered most, but he says now he has no regrets about finishing when he did.

Considering how well he’s adapted to the broadcast booth, he probably made the right call.