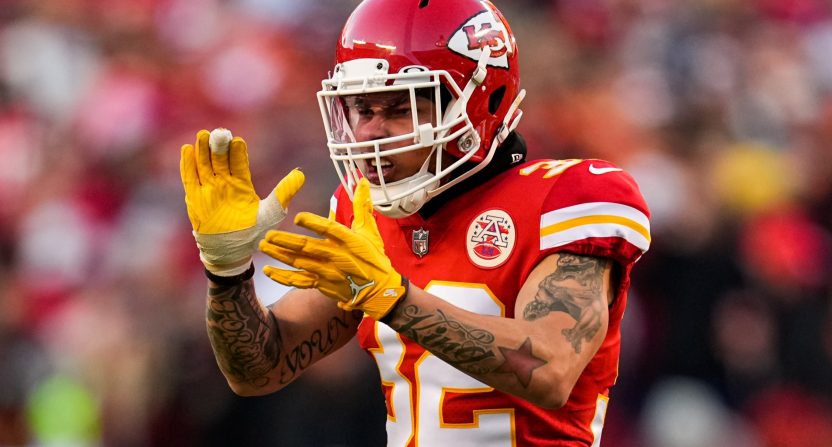 The three-time Pro Bowl safety posted a heartfelt message back in January, thanking the Chiefs fanbase for their support during his time with the team.

Will you always remember you & many more good people! Lot to be proud of over the past 3 years. I’m thankful and grateful. I leave with a grateful heart having got the chance to play for all you good people! Thanks 🙏🏼

Many took this message as a sign that he would be moving on from the Chiefs organization.

Mathieu is one of the most intriguing players remaining in free agency, and reports have emerged on Monday that he has finally made his decision.

According to NFL insider Ian Rapoport, the New Orleans Saints are expected to sign Mathieu (likely after 4 p.m. ET Monday, as free agent signings will no longer impact compensatory draft picks at that point).

The #Saints are making a key post-draft addition, as they’re expected to sign All-Pro safety Tyrann Mathieu, sources say. A long-awaited signing that should be finalized in the coming days, the Honey Badger lands in a perfect spot.

This will be a reunion of sorts, as many remember Mathieu as a legend in Louisiana for his time with the LSU Tigers, where he was a Heisman Trophy finalist back in 2011.

There is certainly a ton of carryover between Saints fans and LSU Tigers fans. And many are excited to see what Mathieu can bring to the team in 2022.

The expectation is that Tyrann Mathieu will officially sign tomorrow.

Tyrann Mathieu is returning to the state of Louisiana. He was a next level game-changer back at @LSUfootball ⚡️

The Saints haven’t had a STAR LSU player since the early 90s and they’ve never had an LSU star hometown kid on defense. When @Mathieu_Era kills it on defense the Dome is gonna rock in way the world ain’t ready for. CAN. NOT. WAIT.

Mathieu has been extremely impactful during his stint in Kansas City, making the Pro Bowl in two of his three seasons with the organization, as well as playing a big role on the 2020 Chiefs team that won the Super Bowl.

It remains to be seen what the length of the contract will be, but Saints fans certainly seem excited to see Mathieu back with fans that have been supporting him for over a decade in the state of Louisiana.