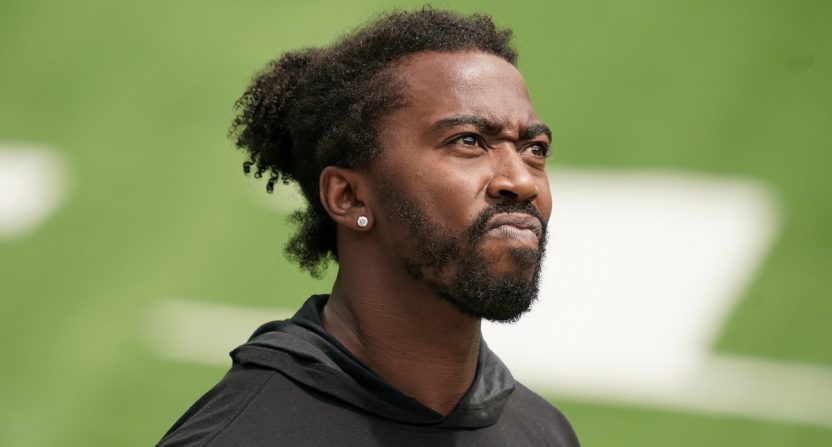 The 2020 NFL season has provided plenty of surprises 13 weeks into its schedule.

Tom Brady adjusting to life with the Tampa Bay Buccaneers has been difficult. COVID-19 outbreaks have caused major issues with practicing, scheduling, and roster availability, most recently for the Baltimore Ravens, Pittsburgh Steelers, and Denver Broncos. The San Francisco 49ers can’t play in their home stadium due to a Santa Clara county ordinance. The Philadelphia Eagles are one of the worst teams in the league.

But one of the more astonishing developments during this season is the news that Los Angeles Chargers quarterback Tyrod Taylor will not file a grievance against the team or the team doctor who punctured his lung with a pain-killing shot prior to a Week 2 game against the Kansas City Chiefs.

Taylor began the season as the Chargers’ starting quarterback, presumably a veteran stopgap who would play while first-round draft pick Justin Herbert developed. But Taylor’s injury put Herbert in the lineup and the rookie has played too well to justify taking him out.

Head coach Anthony Lynn initially said Taylor wouldn’t lose his job to injury, nodding to a veteran’s status. But being sidelined for a month allowed Herbert an opportunity to seize the job. In his first four games, Herbert passed for 1195 yards and nine touchdowns versus three interceptions.

Taylor required hospitalization for the punctured lung and the injury arguably cost him his starting position. In a Week 1 win over the Cincinnati Bengals, he passed for 208 yards with no touchdowns or interceptions while completing 53 percent of his passes.

Additionally, the injury could cost Taylor whatever he might have earned after the season in free agency with a good performance. He’s playing out the final season of a two-year contract Taylor with the Chargers. Taylor will earn a $5 million salary this season.

The NFL Players Association investigated the incident, and Taylor had 60 days to decide whether or not to file a grievance but apparently decided that it wasn’t worthwhile. According to NFL Network’s Ian Rapoport, the union will continue reviewing the incident to determine how such a situation can be avoided if it happens to another player.

Unless Taylor returns as Herbert’s backup next season, he’ll be looking for the fifth team to play for in his NFL career. The quarterback has previously played with the Ravens, Buffalo Bills, and Cleveland Browns.