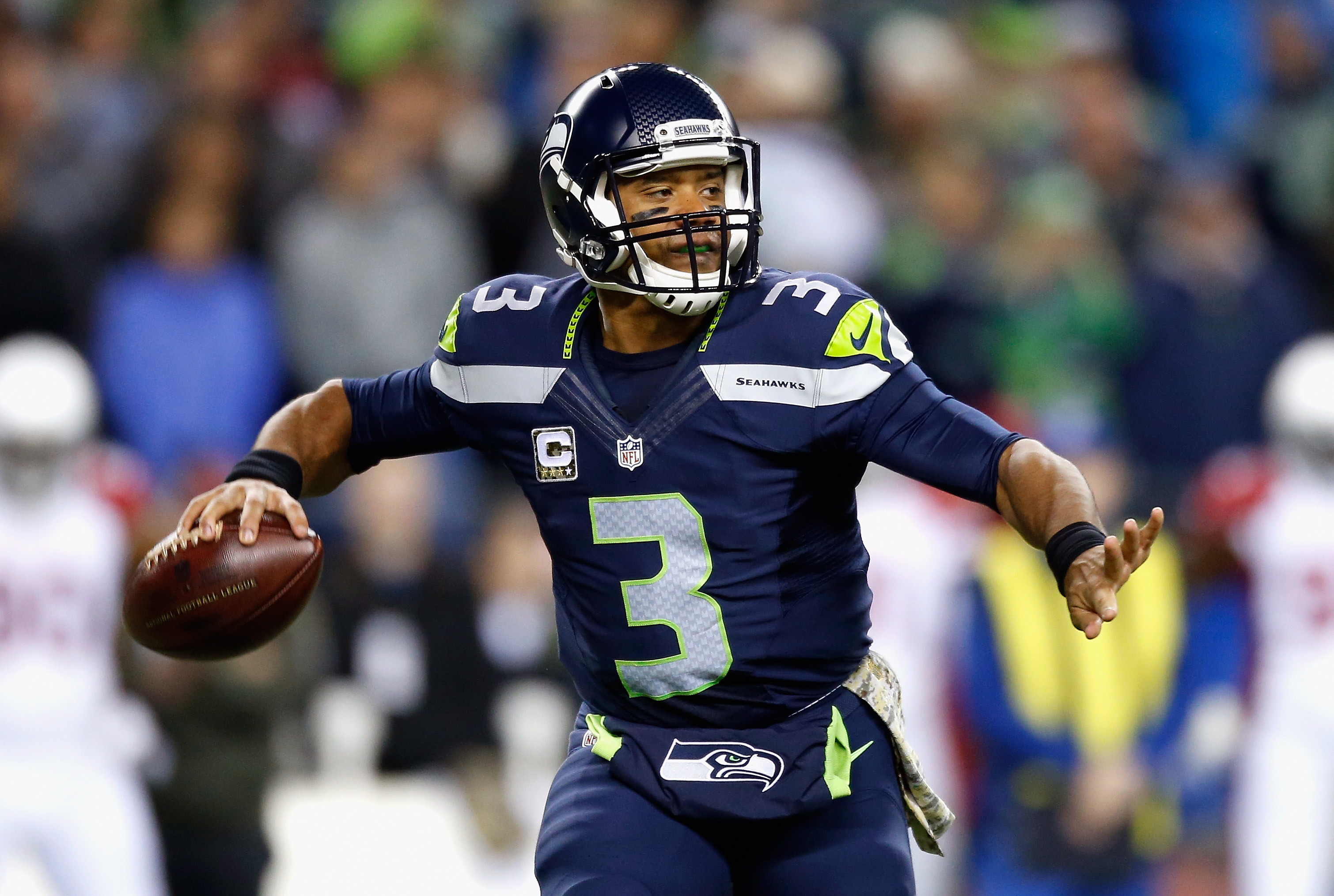 With his Cleveland Browns getting set to hit the road and take on Russell Wilson and the Seattle Seahawks, Browns head coach Mike Pettine got caught saying something he probably should not have, telling reporters he would not rank Wilson among the elite quarterbacks in the league.

The media, as is generally the case, took that snippet and ran with it. Hey, we did too, because the idea of a quarterback that has won one Super Bowl and played in another not being considered an elite quarterback by a coach who has seen more than his fair share of quarterback instability this season is just too much to overlook. Whether he was misinterpreted or not, Pettine took an opportunity to scale back his comments on his opposing quarterback this weekend.

“There aren’t too many quarterbacks I have more respect for than Russell Wilson,” Pettine said. “All the guy does is go out and do everything right and win football games. To sit and take one fragment of what I said … It’s not my job to rank quarterbacks. I know the bottom line for those guys is, and he said it himself, is to win football games and he’s one of the best at that.”

Pettine made a point to say ‘one fragment’ of what he said was taken out to create headlines. So, to be fair, let’s double check with the transcript from Pettine’s press conference in which he was asked about Wilson and whether or not he is considered a top-10 quarterback in 2015, compared to 2014.

“He has ascended. He plays at a high level. He is very productive and they win. A lot of that I think is a function, too, of him being the perfect quarterback for what they do. To me, it goes both ways. They have also built it around him. Would you put him up there with the guys that can transcend their supporting cast – the (Patriots QB Tom) Bradys, (Packers QB) Aaron Rodgers, (Saints QB Drew) Brees, (Steelers QB Ben) Roethlisberger, the ones that you would consider the two, three, four elite guys? But he has certainly played himself into that next tier.”

Maybe this is just me, but those last two sentences make it pretty clear Pettine does not view Wilson as an elite quarterback. He excluded Wilson from the elite category in a pretty straight fashion, but sure, blame the media for twisting your words around if you wish.